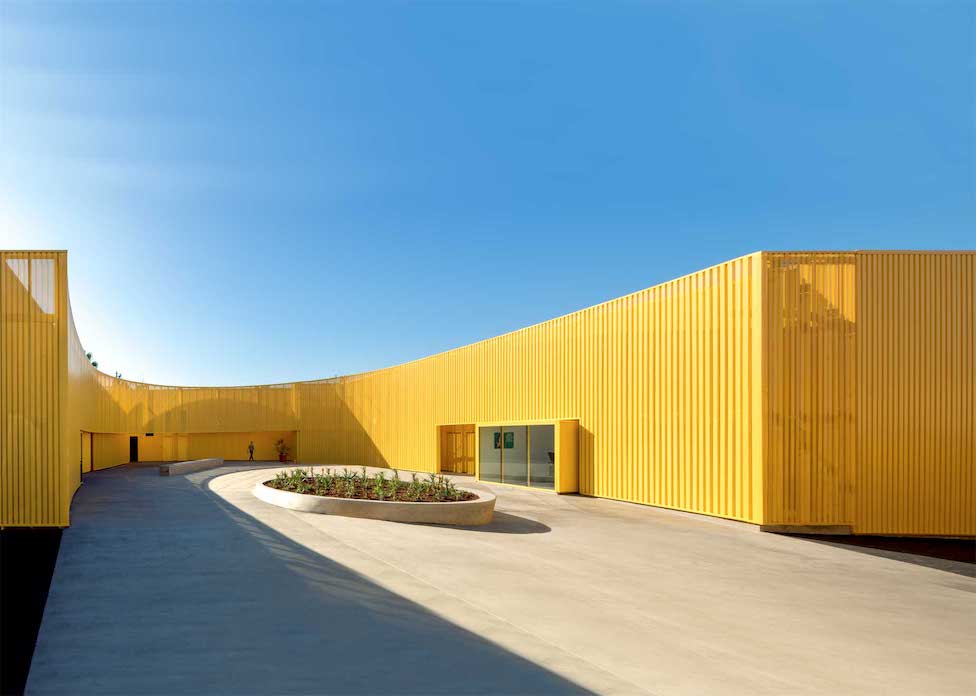 The new Animo South Los Angeles School building came to replace the one destroyed during a massive fire that burned down half of the campus in 2014. It contains eleven classrooms, two science labs, faculty lounge, new administrative and counseling offices and public courtyard space. Designed on an extremely limited budget and aggressive schedule, simple cost-effective gestures were deployed in the use of cladding, fenestration, color and transparency to provide a bright moment in an extremely tough inner city community.

Unlike most schools that are enclosed by a property line security fence, the South Los Angeles High School building is surrounded by a 20 foot- high perforated bullet resistant metal walls that are integrated into the building design. This creates light filled courtyards for outside activity that is connected directly to classroom activities. This arrangement of courtyard design allows the building to breathe fresh air and daylight while providing a safe and secure environment for the 630 students. Open-air light-filled halls and classrooms, as well as the building transparency, express the school’s values and provide a healthy, sustainable learning environment. The building form and primary courtyard are formed by a series of required clearances around an oil well abandoned in the late 1970’s, a series of power line and utility easements, height restrictions and zone changes running through the site that constrain the form and size to its maximum possible building area envelope.

The perforated anodized aluminum facade panels of the building create an ever- changing screen that sparkles in the sun and glows at night, while simultaneously providing shade to cool the building, reducing noise, enhancing privacy, and still allowing for views, great natural light and ventilation. The material reappears as a strategic arrangement of screens around the building, lending a subtle rhythm to the exterior circulation. Enhancing the structure’s geometric texture, the irregular array of openings variably extrudes from the building’s surface. Its unique architectural form and integrated function creates a high-performing building that is an expression of the people who live there and the environmental and cultural context in which it is built. 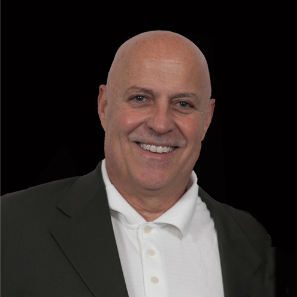 Lawrence Scarpa has garnered international acclaim for the creative use of conventional materials in unique and unexpected ways. He is also considered a pioneer and leader in the field of sustainable design.

He is the recipient of the Smithsonian Cooper-Hewitt National Design Museum Award in Architecture and was also awarded the State of California and National American Institute of Architects Architecture Firm Award. Over the last ten years, Mr. Scarpa’s firm has received more than 50 major design awards, including twenty-one National AIA Awards, Record Houses, Record Interiors, the Rudy Bruner Prize, five AIA Committee on the Environment “Top Ten Green Building” Awards and the World Habitat Award, one of ten firms selected worldwide. He has also received the Gold Metal from the AIA Los Angeles, the Lifetime achievement awards from Interior Design Magazine and the AIA California Council and the National AIA Collaborative Achievement Award. Mr. Scarpa’s is also the co-founder of the A+D Museum in Los Angeles, Livable Places and the Affordable Housing Design Leadership Institute. 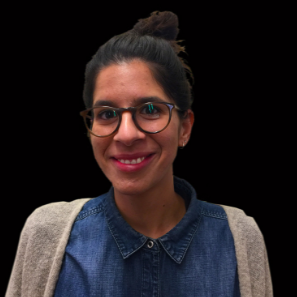 Elef received a Master of Architecture degree in 2013 from UC Berkeley, attending the1-year post-professional Design and Digital Fabrication studio with Ronald Rael. She holds a Diploma & Master of Architecture from Athens Greece and has attended a semester of architectural studies in Istanbul Turkey. Before landing in sunny Los Angeles, her journey in the world of architecture included stops in Zurich Switzerland, Athens Greece and Oakland California.

Elef is a member of the Greek Institute of Architects, and has exhibited twice in the 7th and 8th Biennale of Young Greek Architects in 2012 and 2014, with award winning competitions. 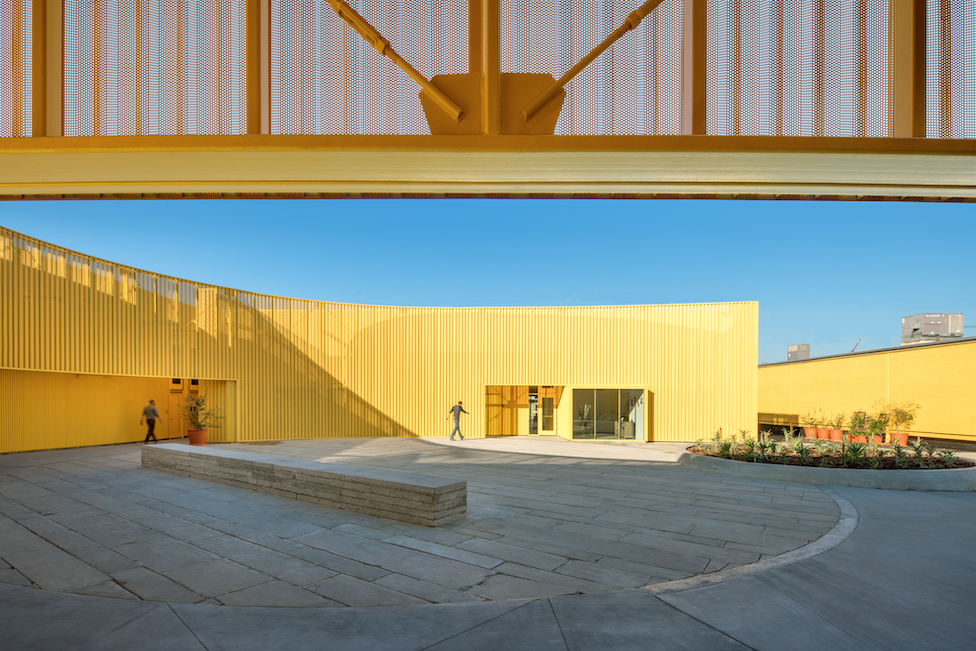