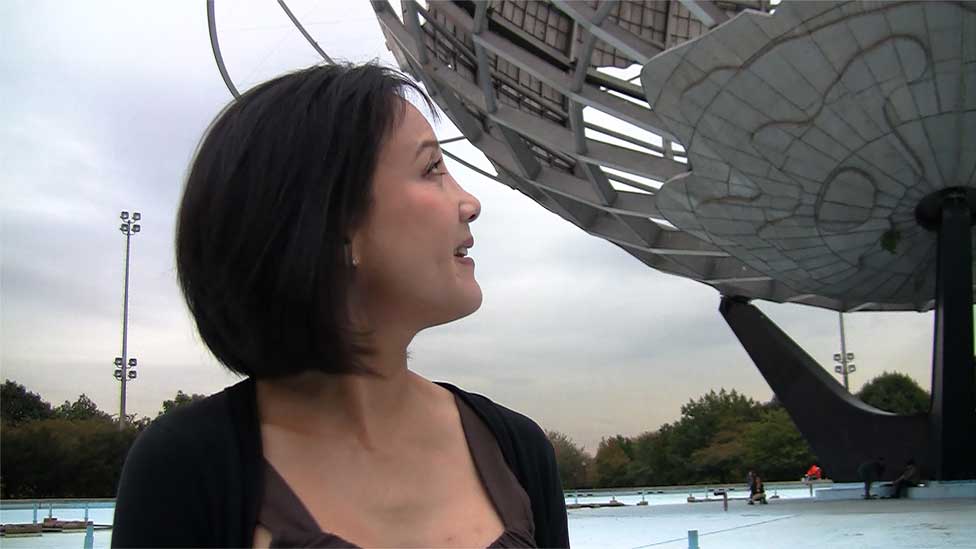 As architects, we dream big.

For many of us, attending or reading about a World’s Fair when we were younger was an early flash of inspiration.

A moment that still is part of our understanding; that optimism, vision, and innovation are essential to inspiring the next generation of those who, like us, care deeply about the future of our craft.

Simply put, the World’s Fair was a BIG DEAL that captured our imaginations – even as we got older and became established professionals.

But while many countries still place great emphasis on the World’s Fair – taking their hosting and exhibitor roles very seriously – the U.S., a country that once could be counted on to deliver the most exciting innovations at the fair – is now barely a factor in the event.

What happened? Why has America’s participation declined? Does our current political climate mean that we’ll never be a part of a World’s Fair again?

Examining these questions and more are why WiA LA is excited to present a screening of the thought-provoking documentary “FACE OF A NATION: What Happened to the World’s Fair?” along with a reception for the filmmaker, architect-filmmaker Mina Chow.

Like millions of other intellectually curious people, Mina Chow, AIA, has fond memories of the World’s Fair. Her first exposure to architecture was through photographs her parents showed her of the 1964 NY World’s Fair–images so compelling that they inspired her to become an architect. Just as the fair did for many other future writers, artists, engineers, and inventors who either heard of or directly saw these truly magical events.

Chow achieved her professional goals, but when she finally had the opportunity to attend the event that once inspired her, she was shocked. Visiting the Shanghai World Expo in 2010, she noted that the United States’ presence at the fair had dwindled to almost nothing. But why? Who was responsible? Her search for answers led to the making of “FACE OF A NATION: What Happened to the World’s Fair?” The documentary is a serious yet entertaining look at what these events meant to us as Americans – and what their absence means to our country as currently comprised.

The WiA LA invites you to this special screening to see how a country built by visionaries– lost interest in such a visionary event. And, an opportunity to return to the optimism the World Fair embodies.

Thank you to the following event partners and sponsors: