And then there is the Deborah of the in-person. The warm smile. The mentorship. The calm advocate. The person who quietly arrives at Powerful each year to facilitate a lunchtime breakout session for ten women, whether she has a high profile speaking slot at the conference or not.

On the occasion of Weintraub’s 2019 AIA|LA Citizen Architect Award, which will be bestowed her on Monday, October 28 at the Design Awards Ceremony and Party, we put a Q&A interview to her. Not surprisingly, she integrated both aspects of her nature: a detailed understanding of design, the city, how design serves the city, and… how she would spend time in it if she had only four hours off.

(To celebrate Deborah at the 2019 AIA|LA Design Awards: Click Here.) 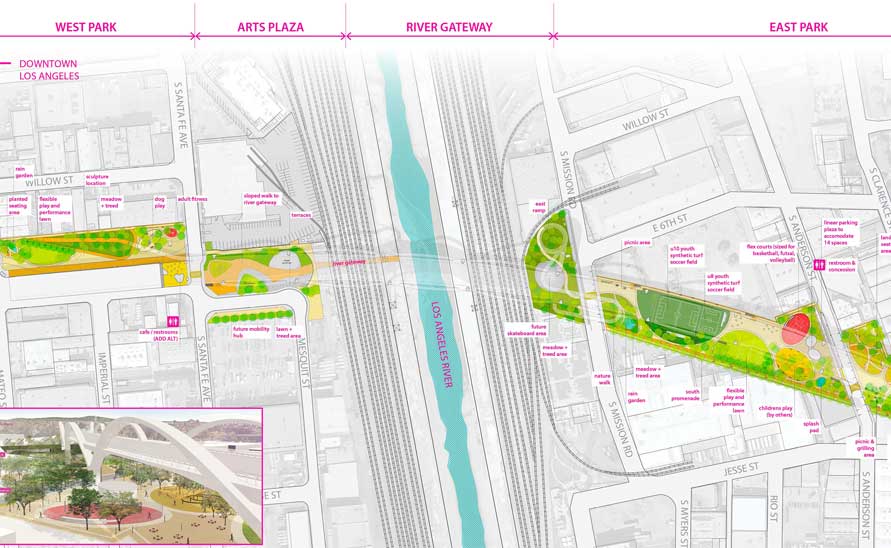 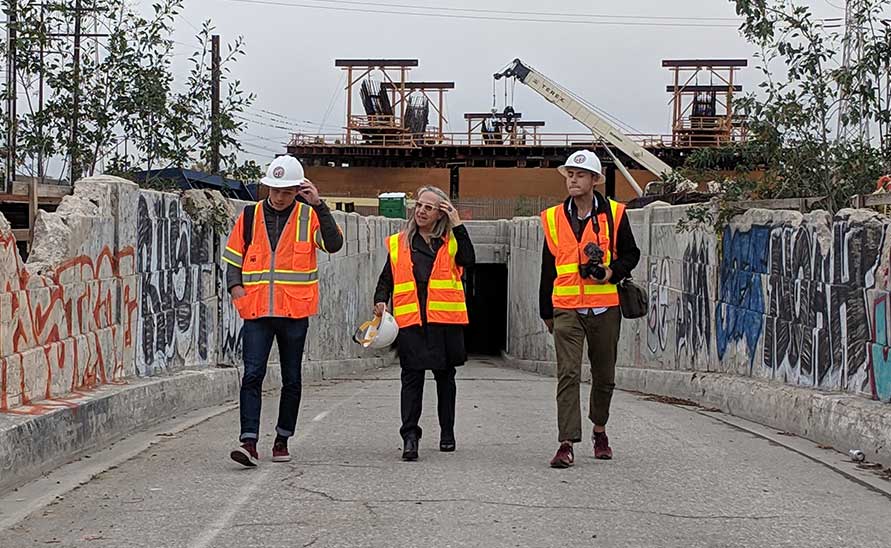 Favorite place to eat in Los Angeles:
Pizzeria Mozza LA. I like Mozza because Nancy Silverton makes the most extraordinary pizzas, salads and desserts, and the restaurant has a fabulous wine selection. What could be better?

Dream Commission. What current site, project, or building in Los Angeles would you reconceive? Why and how?

There are two ubiquitous urban elements of LA I would love to reconceive. One is the small strip mall and the other is the freeway.

The strip malls, crucial for small businesses, I would redesign as even more characteristically LA – accentuate the facades, put the parking in back, give each store owner dedicated outdoor space beyond the sidewalk, capture stormwater on-site, plant trees, and more. For the freeways, one of historian Reyner Banham’s four LA ecologies he identified in 1971, I would hold an open design competition.

Okay, a commission or project that you’ve done. Tell us a story about it that we don’t already know?
My story is about the Siqueiros Mural project located in Olvera Street. (The architects were Pugh + Scarpa, now Brooks + Scarpa.)

+ First, we were threading large structural supports for a protective canopy for the mural through an existing historical building. Seventy-four 12-in diameter by 50-foot long piles were drilled for the canopy supports in a confined basement area, and because of noise, the work was done at night.

+ Third, the canopy for the mural, a space frame structure, was assembled in a shop, cut into pieces for transport, and reassembled on the street to be lifted in one piece with a large crane.

+ Fourth, working closely with the Getty Conservation Institute, it was decidednot to remove the whitewash that had been placed over the mural within ayear of its completion in 1932. The whitewash had occurred because of the political message in the mural, entitled América Tropical: Oprimida y Destrozada por los Imperialismos (“Tropical America: Oppressed and Destroyed by Imperialism”). There were no color photos that would have indicated the original paint colors. Today the mural is visible beneath this veil.

It took a dedicated team – the architects; the conservationists; the display designers; the City architects, project and construction managers; the contractor; El Pueblo’s management; the City Council office; and the Mayor’s office. A visit to this piece of our City’s history is very rewarding and the realization of the design vision was well executed.

If you had four hours off and could spend it anywhere in Los Angeles, where would it be?
A swim at Ray Kappe’s home in Pacific Palisades; a stroll through the Huntington Botanical Gardens; drinks at the Sheats Goldstein Residence – can I do that in 4 hours?

Been to the Design Awards before? Tells us about a moment that stands out, whether it’s inspirational, behind-the-scenes, or lighthearted. If you haven’t attended, what are you most looking forward to about the event?
The Design Awards are important to me as they celebrate the work of our profession. I always enjoy seeing the projects and the socializing.