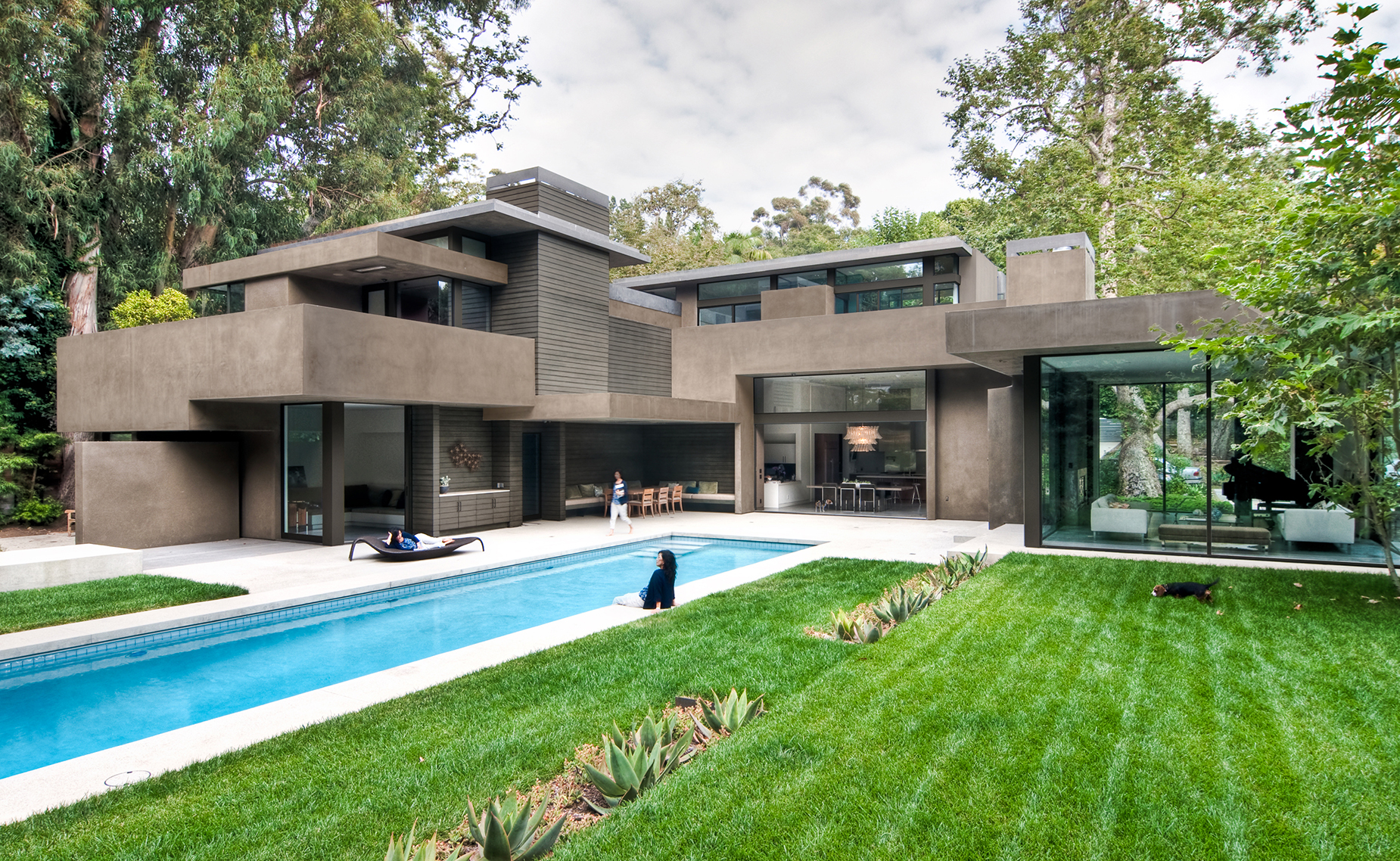 This is a virtual tour. Registrants will receive a confirmation email with zoom log-in information 24 hours before the event.

Enjoy a presentation with Annie Chu of this 5,600-square-foot house for a three-generation family. This home designed as a dual courtyard plan to retain the old growth scenario of California Sycamores and Live Oaks within a tranquil canyon.

Private realms for six individuals and variously scaled communal spaces accommodate the social complexities of tri-generational domestic arrangements. The house was designed around a double-height dining room and kitchen on axis with a pool, while adjacent spaces — including the living room pavilion and family room with the bedroom wings above — flank this central gathering space and form a courtyard around the pool. Five different living levels were created with varying spatial characteristics, all with direct access to the outdoors.

Synthesis of the spatial needs of the program informed the main massing strategy; this was then crafted in a hierarchical system of overhangs sheltering either transparent or opaque volumes. The approach allowed the outdoor experiences to be drawn into the interior realm, balancing the psychological pull between living in a man-made environment and dwelling in what would be considered a bucolic landscape in the Los Angeles metropolis. 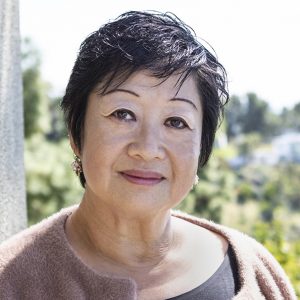 Annie Chu (FAIA, IIDA, NCARB, NCIDQ) is an architect, interior designer, educator, and a founding principal of the award-winning CHU+GOODING Architects in Los Angeles.
Annie received a Bachelor of Architecture degree from SCI-Arc in 1983 and a Master of Science in Architecture and Building Design from Columbia University in 1989. She trained with Tod Williams Billie Tsien Architects in New York and Franklin D. Israel in Beverly Hills before starting her firm in 1996. Annie received the prestigious Skidmore Owings Merrill Traveling Fellowship to study Mayan and Incan architecture and represented the United States as RIBA’s DiverseCity awardee and a member of the China delegation.

Leveraging her design reputation, Annie champions interior architecture as a distinct and emerging discipline, advancing design excellence through teaching, public speaking, design juries, and her leadership in the civic and professional realms, including her role on the City of Los Angeles’ Cultural Affairs Commission, AIA Interior Architecture Advisory Group, Contract Magazine’s editorial advisory board, and numerous design award juries, such as the AIA COTE Top Ten Awards, AIA Honor Awards in Architecture and Interior Architecture, and the Prix de Rome in Architecture and Design. In 2014, Annie received the International Interior Design Association’s Leadership Award of Excellence

from IIDA’s Southern California chapter and was named to the American Institute of Architects Fellowship program in 2016. A dedicated educator since 1990 in architecture and design schools across the country and abroad, Annie was recently recognized with the distinguished Presidential Honoree Educator Award by the Los Angeles Chapter of the AIA. In June of 2017, Annie was inducted as a Vice President of the IIDA International Board of Directors for 2017-18.

+ Attendees will be able to learn an approach of using site context to inspire design response, including form, space, materials, and color palette.

+ Attendees will be able to review examples of adjacency design for coordinating communal and private spaces for three generations living in the same house.

+ Attendees will be able to review examples of physical and optical ways of connecting between the indoors and outdoors.