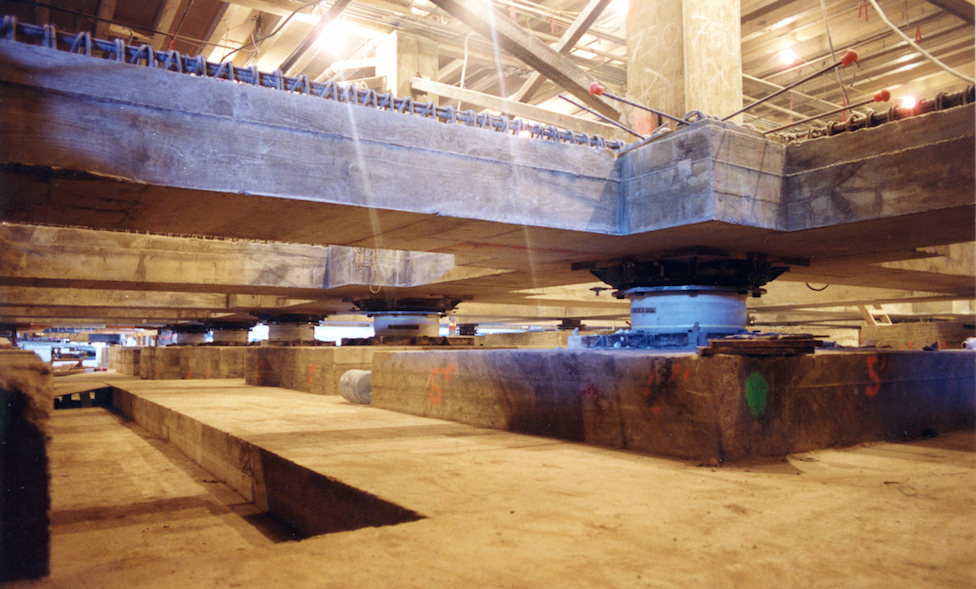 If you will be attending our 2018 AIA|LA Legislative Day, you will have the exclusive opportunity to climb down into this space with LA City and AC Martin. There will be two tours of 15 people (30 spots total).

Completed in 1928, Los Angeles City Hall, a joint venture of Albert C. Martin, John Parkinson, and John Austin, was the city’s tallest building for more than 30 years. The iconic building features a 452′ high central tower rising from a two-story base, flanked by wings to the north and south.

By the 21st century, hundreds of earthquakes had shaken the building. While the building’s foundation, footings, granite base, and structural steel remained strong and intact, the un-reinforced masonry walls had suffered over time, necessitating a seismic retrofit.

In 1998, City Hall was closed for its complete seismic rehabilitation, which included a complete seismic retrofitting of the building and a cleaning of the building’s exterior, the first since it was completed in 1928. At 454 feet, the Los Angeles City Hall is now the tallest base-isolated structure in the world. Its seismic upgrade allows City Hall to move laterally up to 21 inches and to withstand a magnitude 8.1 earthquake.

A four-foot-wide underground moat, hidden from view, surrounds the perimeter of the building to allow for movement during seismic events. Once completed, the renovation was nearly invisible, allowing the historic building to retain its identity and splendor.

Note: this is not your average tour, attendees should plan on wearing closed toe shoes, no heels, and know that you will have to climb down a ladder to access the site (dresses/skirts unadvised).  Attendees agree to signing a liability waiver.  Please be aware: tour area is very dusty. 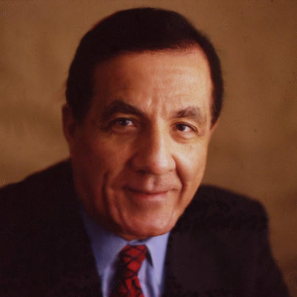 Mr. Youssef founded the firm, Nabih Youssef Structural Engineers (NYA), an internationally recognized structural engineering firm with offices in Los Angeles, Irvine, and San Francisco in 1989. NYA is well-known for being at the forefront of new engineering technologies especially in the field of seismic engineering. They have engineered high rise buildings, research laboratories and medical centers, adaptive re-use structures, transportation hubs, and seismic retrofits. Some of Nabih Youssef Structural Engineers’ projects include: LA City Hall Seismic rehabilitation and base isolation, LA Live Hotel and Residences, The Broad Museum, Our Lady of the Angels Cathedral with base isolation, LAPD Headquarter, LA Coliseum expansion and Seismic strengthening, The Getty Villa Museum, the Long Beach Courthouse and The New Stanford Hospital with triple friction pendulum base isolation.

Nabih Youssef is a registered Civil and Structural Engineer and is a recognized expert in seismic design. He is one of the world’s leaders in the field of earthquake engineering, development of standards and innovative concepts.

Nabih has been a leader for the concept of Performance Based Design, base isolation, and the use of steel plate shear-walls in areas of high seismic risk. Nabih’s dedication to his work and collaboration with peers are leading aspects of his character. 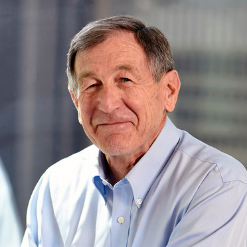 Carey McLeod has been a Principal of AC Martin since its incorporation and has managed the design and construction administration process for a wide variety of large-scale and complex projects, including historical landmarks. He served as Principal-in-Charge of the seismic rehabilitation and base isolation of Los Angeles City Hall as well as the restoration of the Los Angeles County Hall of Justice. Carey’s other projects include the Hollenbeck Police Station in Boyle Heights, the Caltrans District 3 Headquarters building in Marysville, the Madera County Courthouse, and the Wilshire Grand Center in downtown Los Angeles.