In, 2012, Ric. Abramson, FAIA, began considering a challenge related to architects’ ownership of their designs. An architect could no longer be involved in a project but their designs could end up in the hands of third parties—say a lender, contractor, receiver, or a new property owner. There were incidents of these entities then executing, changing, or selling the architect’s original drawings without the designer’s permission. The third party hadn’t contracted the work, but were benefiting and altering it; the architect’s use of their document rights was being violated. Thus, originated Assembly Bill AB 630 (the “Architect’s Protection Act”), an intellectual property protection remedying the problem, which was signed by Governor Jerry Brown in 2013.

Abramson was not done using the statewide legislative process to advance the interests of architects and the built environment. Governor Brown signed a second piece of legislation instigated by Abramson in 2018. This law focused on live-work units, making it easier to construct such units throughout the state.

Abramson, who will be bestowed an inaugural Citizen Architect Presidential Honoree award at this year’s AIA|LA Design Awards, is the Chapter’s Sir Thomas More. A former Fulbright Scholar, he connects design thinking and professional practice with the mechanics of representative politics, consistently moving between the two spheres to advances ideas that support better city making on national, state, and local levels.

Abramson does all of this while heading his own small firm, WorkPlays studio*architecture. (He also founded and programmed early AIA|LA’s Small Firm 101 Workshops.) In typical Abramson style, Ric. was the first AIA Presidential Honoree to return his Honoree Q&A. Here then, it is: 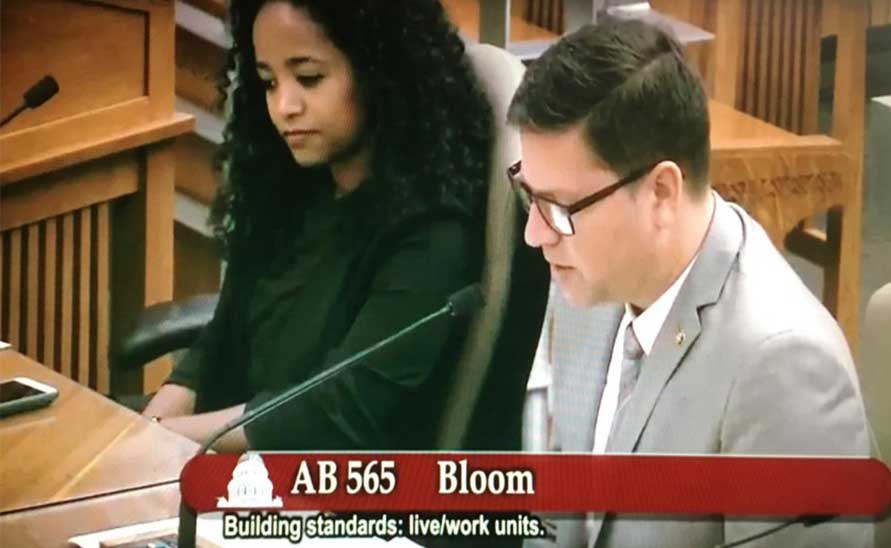 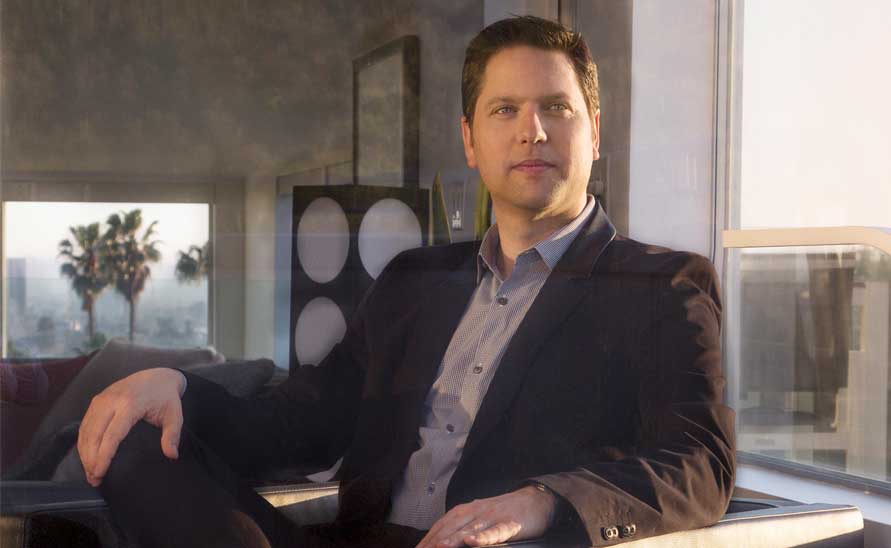 Favorite place to eat in Los Angeles.
Bacari on 3rd Street reminds me a bit of previous travels to North Africa. I love their creative take on Mediterranean cuisine but I don’t necessarily have a “favorite dish” there. I enjoy trying different selections and pairings in a true sanctuary space in the middle of the city.

I approach food in a similar way to how I think about design in my practice. There’s a fundamental curiosity that needs to be satisfied. So I always enjoy trying new things, testing new combinations, and not repeating anything twice.

Dream Legislation. What would you do if you could?
Dream legislation? That’s a big question…

It would be a process, a shared end-game rather than a law. The dream would be to get all the players within the built environment on the same page in terms of goals for locally-based and equitable access to goods and services, environmental responsiveness, and resource management. Planners, elected officials, lenders, city planners, the construction industry, community activists, citizens—each go in their own direction; they each have their own specific aspirations. We’re left, as architects, to try and reconcile that. So the dream is: agree on a set of meaningful goals, get everyone at the table pulling in the same direction.

Dream Commission. What current site, project, or building in Los Angeles would you reconceive? Why and how?
The triangle located south of the Beverly Center (site of the former Loehmann’s Building). I remember as a child going there for ride ponies and to visit Kiddieland. Haha. Based on its centrality and orientation, it is an amazing location that calls for something more public. And iconic.

(To join Ric. at the 2019 AIA|LA Design Awards Ceremony on Monday, October, 28, when he will receive his 2019 Citizen Architect Award, CLICK HERE.)

Okay, a commission or project that you’ve done. Tell us a story about it that we don’t already know.
One’s best projects are often those that are unbuilt. For me, one project in particular involved a rather unique solution for high-density housing. The design involved a four-story multi-family project yet through a creative circulation design strategy necessitated only one corridor on the third floor. The solution was actually an evolution of Le Corbusier’s skip stop schemes that he took from Russian Constructivist housing architects of the mid 1920’s.

Private open space and light wells were also stitched into the project, providing a tailored connection to the site and resulting in ample daylight and natural ventilation in every unit. Not only did the design maximize energy efficiency and building performance but it also achieved an unprecedented spatial efficiency at 4% circulation and 96% habitable space. Today, unfortunately, it sits in the flat file, an unrealized idea.

If you had four hours off and could spend it anywhere in Los Angeles, where would it be?
Huntington Gardens. It’s a place for mind and body. The galleries and exhibits offer intellectual stimulation while the gardens provide a diverse connection to nature and sooth the spirit. There’s something new that I find there every time that I go—something unexpected to explore.

Been to the Design Awards before? Tells us about a moment that stands out, whether it’s inspirational, behind-the-scenes, or lighthearted. If you haven’t attended, what are you most looking forward to about the event?
Yes, I have attended several times through the years. What stands out for me is when newer or under-recognized talents are celebrated.