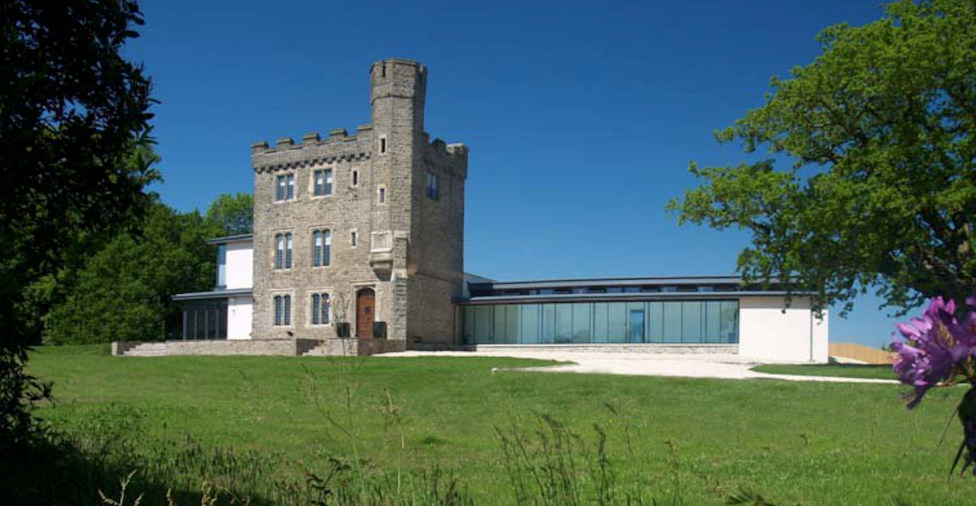 Right for Los Angeles?
Do the Secretary of the Interior’s Standards have a place in our City?

This roundtable discussion will explore how Los Angeles could improve standards for additions and infill in historic environments so as to allow and encourage innovative and diverse architecture, adaptive reuse, and housing production. The rules currently in place in LA in HPOZs and for cultural monuments are derived from the Secretary of the Interior Standards, developed in Washington DC in the early 1970s. Attendees will hear how the rules currently impact design and will all participate in brainstorming potential changes in the use or interpretation of the Standards so that additions to historic buildings and infill in historic contexts can reflect LA’s tradition of eclecticism and creativity.

Participants will explore if and how to modify the three issues in the SoIS 9, in the context of Los Angeles’ building culture and need for urban evolution:

Julie Eizenberg, FAIA, RAIA, a Founding Principal of Koning Eizenberg, teaches and lectures around the world, is a frequent advisor to the U.S. Mayor’s Institute on City Design and on the board of Public Architecture. Under her leadership, Koning Eizenberg has earned over 150 awards and been widely published. The practice has been honored as AIA California’s Firm of the Year, and she and founding partner Hank Koning were awarded the 2012 AIA Los Angeles Gold Medal in recognition of a lasting influence on the theory and practice of architecture. Projects in historic contexts include the Farmers Market, Pittsburgh Children’s Museum, and the 28th St. YMCA. Her most recent book is “Urban Hallucinations.”

Scott Kelsey, FAIA, managing principal of CO Architects, has focused his over 35-year architectural career on medical, research, teaching, healthcare and civic facilities across the country. He is nationally recognized for his expertise in the New American Medical School, and presents at national forums such as Tradeline, the American Institute of Architects and the Society for College & University Planning. He is the chair of the Global Design Alliance and is on the Dean’s Advisory Board for the University of Oregon School of Architecture and Allied Arts.

John D. Lesak, AIA, FAPT, LEED AP, is a Principal with Page & Turnbull and manager of their Los Angeles area office. With an interdisciplinary education in architecture, engineering, and materials science; John has been able to specialize in the preservation, rehabilitation, repair, reuse, and maintenance of historic structures since 1993. During the course of his career, he has been privileged to serve as a historic architect on a number of award-winning preservation projects – including the exterior rehabilitations of the Wisconsin State Capital & Los Angeles City Hall, the relocation of the Cape Hatteras Lighthouse, and the restoration of the spire at the Frank Lloyd Wright designed Marin County Civic Center. He has co-authored published papers and lectured on seismic impacts, deterioration mechanisms and restoration of historic cladding systems.

Concerns over the socio-cultural impact of environmental degradation lead John to co-found and serve as past US-chair of Association of Preservation Technology International (APTi’s) Sustainable Preservation Technical Committee. John has written and/or lectured on the relationship between green building and historic preservation for the APTi, Traditional Building magazine, the National Trust for Historic Preservation, the California Preservation Foundation, and the Municipal Green Building Conference and Expo. John is the Past-President of the Western Chapter of APTi; recently served as Chair of APTi’s Annual Conference in Los Angeles; is a mayoral appointee to the South Pasadena Cultural Heritage Commission (serving a Chair in 2008-9); is a Director with the South Pasadena Preservation Foundation; and serves on the Los Angeles Mayor’s Design Advisory Panel.

John Margolis was born in Boston, Massachusetts into an academic family full of intellectual and artistic diversity. He received his Bachelor’s Degree with a Major in Architecture from Washington University in St. Louis, and later his Masters of Architecture from the University of California, Berkeley in 1986. He pursued his lifelong passion for architecture and urban design during his tenure at numerous prestigious firms including Skidmore Owings & Merrill and Shepley Bulfinch. But his primary interest has always been residential architecture and particularly the design of the built form and the surrounding landscape as a seamless unity. This prompted his Master’s thesis planning and design study: The Villa and the Garden – Suburbia Reexamined at the Carolands Mansion in Hillsborough, California.

John joined Evens Architecture, a KAA Design Company in 2014 and now is Studio Director for their studio dedicated to traditional and classical residential design. Before arriving to Los Angeles, John maintained his own practice Margolis, Incorporated for over twenty years on the affluent Gold Coast north of Boston. There he designed many varied residential designs – predominantly in the traditional vernacular, typical of the grand estates built over a century earlier. His passion for classical and traditional architecture led him to the Institute of Classical Architecture & Art (ICAA) where he served as New England Chapter President for five consecutive years. John is currently the Vice-President of the ICAA/SoCal Chapter, and a Fellow of the ICAA. As a member of the American Institute of Architects (AIA), licensed in Massachusetts, his projects have been published in periodicals both domestically and in Europe.

Henry van Moyland, Co-Founder, Miracle Mile Forward and a Board Member of Mid City West Community Council, is a resident of Miracle Mile. In 2016, he among many others opposed the Miracle Mile HPOZ. The HPOZ split the community, and the design guidelines were the biggest single point of friction. Miracle Mile Forward, a neighborhood organization that grew out of that campaign, continues to be involved in planning issues that affect the Wilshire Corridor.

Analysis in light of:
“SoIS 3. Each property will be recognized as a physical record of its time, place and use. Changes that create a false sense of historical development, such as adding conjectural features or elements from other historic properties, will not be undertaken.”
“New additions and related new construction that meet the Standards can be in any architectural style – traditional, contemporary or a simplified version of the historic building.” (P26, 2017 ed.)
“New additions and related new construction that are either identical to the historic building or in extreme contrast to it are not compatible.” (P26, 2017 ed.)
“Placing an addition on the rear or another secondary elevation helps to ensure that it will be subordinate to the historic building.” (P26, 2017 ed.)
“New construction should be appropriately scaled and located far enough away from the historic building to maintain its character and that of its site and setting.” (P26, 2017 ed.)
“In urban and other built up areas, new construction that appears as infill within the existing pattern of development can also preserve the historic character of the building, its site and setting.” (P26, 2017 ed.)
“Objective 1.4 Recognize that the preservation of the character of the district as a whole takes precedence over the treatment of individual structures or sites.” 1.2 1 Goal 1, Miracle Mile HPOZ Preservation Plan.
“…Special care should be taken to ensure that the addition does not disrupt the prevailing architectural character of the district or structure itself.” 8.2 P57, Miracle Mile HPOZ Preservation Plan.
“….Additions should have fenestration patterns that are consistent with the historic house….have consistent roof forms, including eave depth and roof pitch…..have similar exterior finishers…have decorative architectural features established on the original house repeated with less detail…..” 8.2 1. P58, Miracle Mile HPOZ Preservation Plan.
“If you are considering a project that involves altering a [non-contributing] structure, the first step is to determine what stye elements are present in other buildings on the block. Do the majority of structures on your street have large windows? Parapet roofs? Wood cladding? Most importantly, each project should respond to its surrounding context and help create a cohesive transition from architectural style to architectural style and from building to type to building type.” 9.4 P63, Miracle Mile HPOZ Preservation Plan.
“New [infill] development should be compatible with the neighborhood’s character, building sizes, mass and bulk. A compatible design must respond to siting with respect to prevailing lot use patterns, orientation of the building to the lot, height, massing, patterns of windows and doors, materials, and details.” 10.2 P68, Miracle Mile HPOZ Preservation Plan.

Rocky Rockefeller, AIA, has been practicing architecture for 38 years, building a base of knowledge and expertise that spans the creative demands of the design process to the technical and managerial requisites for construction and business. Prior to establishing Rockefeller Kempel Architects, Mr. Rockefeller was Managing Partner at Rockefeller / Hricak, an award winning design firm in Los Angeles from 1981 to 2002. Rocky has a varied repertoire ranging from sophisticated and refined residential estates to the complex and challenging engineering requirements of a critical service telecommunications facility. He has coordinated and managed teams of consultants and design professionals using his forward thinking and highly touted “cradle to grave” project management approach that provides for seeing projects from conception through construction and beyond. One of the firm’s major areas of focus has always been the design of residential estates.

Questions:
Are the contradictions so serious within the SoISs that the guidelines make no sense in the context of Los Angeles?
Or are they being misinterpreted in LA?
Can they be rewritten to greater effect?