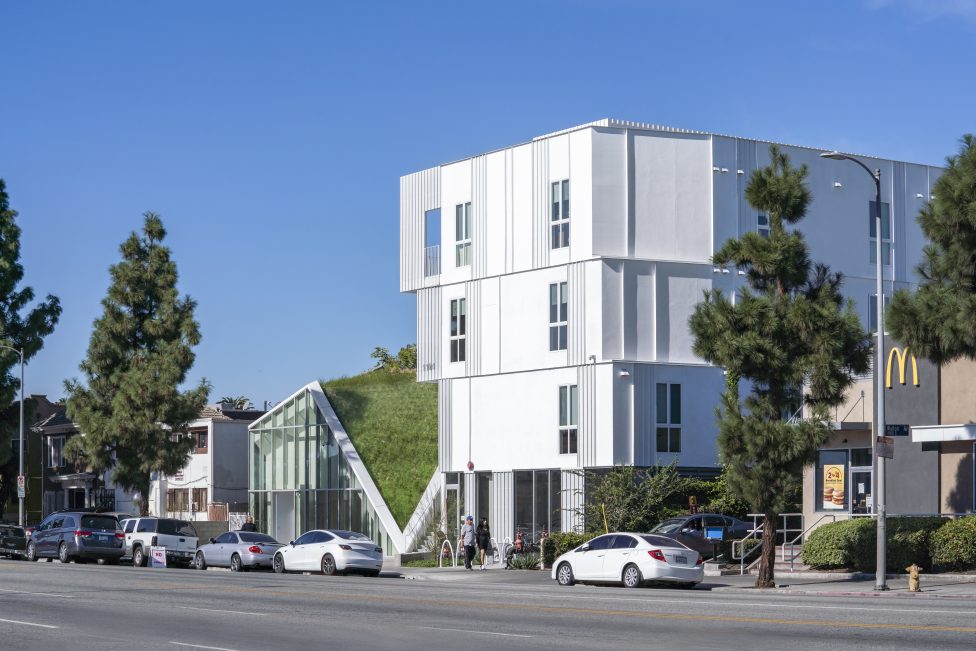 The LEED Gold design for MLK1101 Supportive Housing aims to create an environment that encourages health and community, acknowledging that successful social spaces come through a variety of planned and organic strategies. The architects implemented several design strategies that open the building towards the street and foster a sense of community within the neighborhood. The design capitalized on a requirement for on-site parking to create an elevated community garden and social hub for residents and neighbors.

The architect’s design further integrates the building into the community by establishing a street presence through a storefront space and a widened staircase that connects the street to the community spaces one level up. This stoop acts as a gathering space and a public gesture, encouraging the types of resident and neighborhood interaction often missing in supporting housing.
All the units for MLK1101 Supportive Housing are accessed through exterior walkways. While the unit layouts are efficiently identical on each floor, the walkways vary in width for a more dynamic, staggered elevation and to create informal gathering spaces and opportunities for residents to socialize. 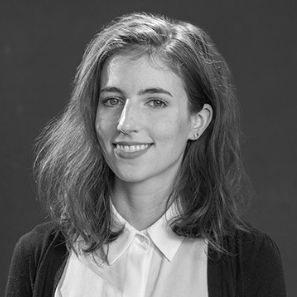 Noelle joined Lorcan O’Herlihy Architects in 2013, moving to Los Angeles after stints in Milwaukee, Pittsburgh, and New York City. Since joining the firm, Noelle has assumed leadership roles in the design development of projects and competitions including Brush Park, Canyon Drive, Bamiyan Cultural Centre, UCSD Living and Learning Neighborhood, Westgate Santa Monica, and the adaptive reuse of the Lincoln Heights Jail. As an Associate, Noelle contributes to the collaborative team spirit at LOHA, a positive attitude and an eye for effective diagramming and representation.  Prior to coming to LOHA, Noelle worked in the master planning and urban design studio at Perkins Eastman in New York City. She earned a Bachelor of Architecture from Carnegie Mellon University, graduating with high honors. Noelle spent the last two years of her academic career in the Urban Design Build Studio (UDBS) at Carnegie Mellon University, collaborating with community groups and manufacturers to design and realize built projects for Pittsburgh neighborhoods.  As an upperclassman Noelle was awarded the Lewis J. Altenhof Memorial Scholarship for design excellence. In 2016 she was awarded second place in the John Stewardson Competition in Architecture. 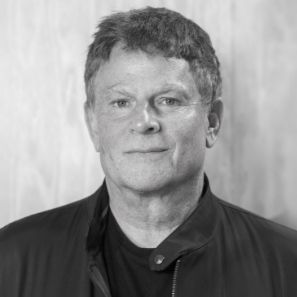 Lorcan O’Herlihy FAIA, founder and principal of LOHA, seeks opportunities to engage the ever-changing complexities of the urban landscape while embracing architecture as a catalyst of change.  Lorcan’s professional practice has run in parallel to his academic and intellectual pursuits since the inception of his office, enriching and heightening both. He has taught and lectured extensively over the last decade, including at the Architectural Association in London, Southern California Institute of Architecture [SCI-Arc], Cranbrook Academy of Art, Columbia University, Carnegie Mellon University, Pratt Institute, and the National Building Museum in Washington D.C. He is currently an Adjunct Professor at the University of Southern California.