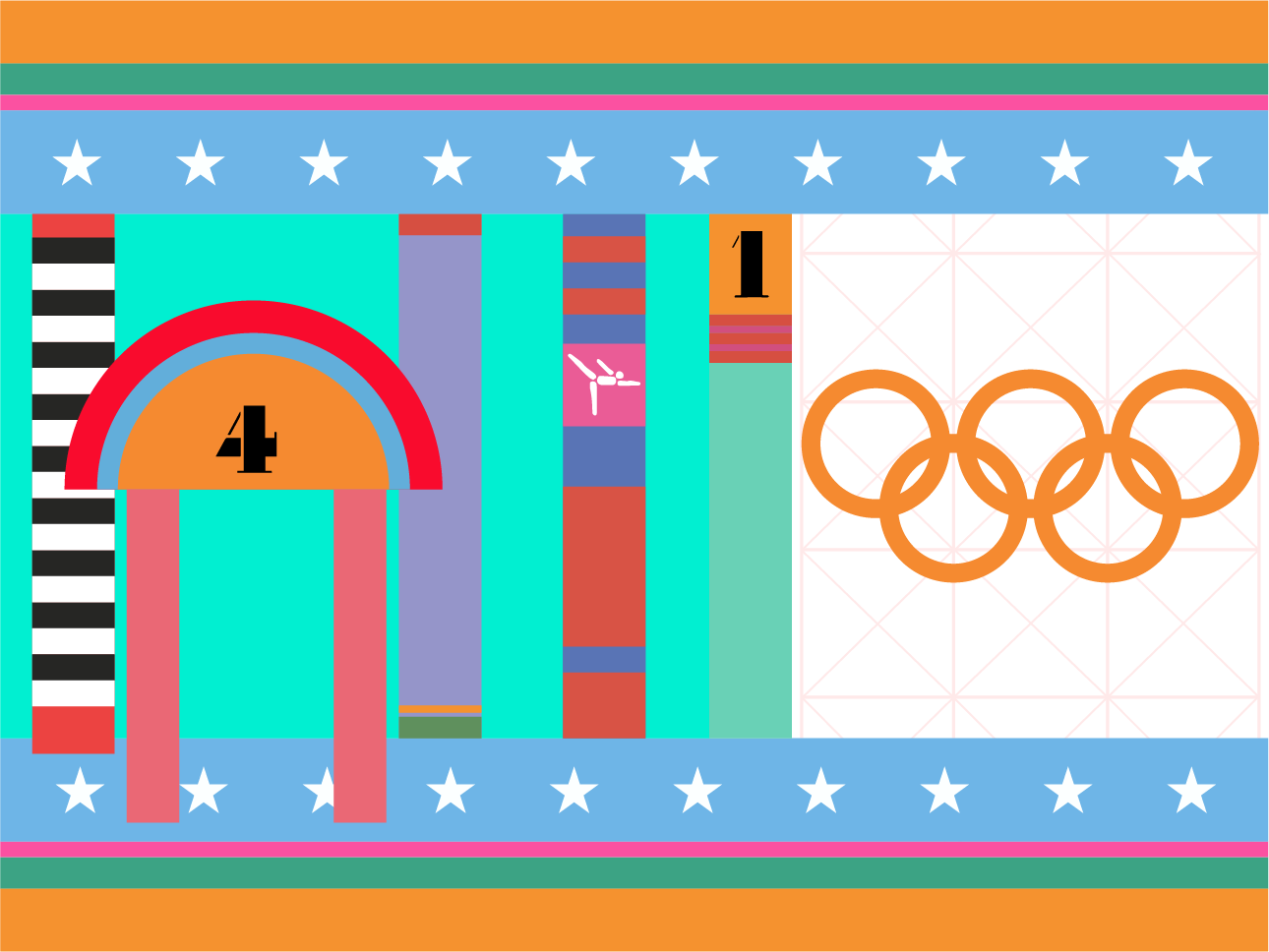 LA Plays Itself:  Visualizing Urban Design for the 2028 Olympics & Paralympics

The 2028 Summer Olympics and Paralympics will stretch across a huge geographic area—Long Beach to Encino, Inglewood to North Hollywood, Malibu to San Dimas—bringing over a million spectators, athletes, and volunteers to thousands of communities in between. Developing a coherent visual identity for this multi-sport event will require expansive thinking by designers who can anticipate broad applications and interventions. It is also an opportunity for many voices and visions of LA to be reflected in the temporal streetscapes of the Olympics and be an outward-focused celebration of diverse creative visions. This panel will explore previous examples of visual identity design for the Olympics, how LA 2028 might be different, how designers and artists could be enlisted for citywide supergraphic interventions—like bus wraps, painted sidewalks, building facades, temporary structures—and how local community groups could create their own installations and streetscapes to make LA’s hundreds of neighborhoods feel like they’re part of the action, as well as, to show the world the amazing diversity of LA’s neighboring communities.

Check out Curbed’s series what LA can learn from the 1984 Games.

Barbara Bestor, FAIA is founding principal of Bestor Architecture. Since 1995, Bestor Architecture has actively redefined Los Angeles architecture with a practice that rigorously engages the city through design, art, and urbanism. Increasingly, the firm applies L.A.’s lessons to national undertakings. She explores the architectural form through experiments in spatial arrangements, graphics, and color, which is evident in her projects from custom residences to headquarters for international companies. Her varied and progressive body of work connects with people on many levels, often outside the boundaries traditionally delineated for architecture. She believes that good design creates an engaged urban life and embraces the ‘strange beauty’ that enhances everyday life experience.Barbara’s career is punctuated with inventive projects in a wide breadth of typologies. She has designed new ways of creating accessible urbanism in her “stealthy density” Blackbirds housing, groundbreaking retail and restaurant flagships, dynamic workspaces for Beats By Dre and Snap, award-winning experimental residences and pioneering arts projects that are deeply rooted in their communities and cultural context.While maintaining a practice, Barbara has continuously taught at Southern California’s leading design schools from SCI-Arc to Woodbury University, where she is currently the executive director of the Julius Shulman Institute. She received her undergraduate degree at Harvard University, studied at the Architecture Association in London and received a MARCH at SCI-Arc. She is the author of Bohemian Modern, Living in Silver Lake.

Danielle Brazell is the General Manager of the City of Los Angeles Department of Cultural Affairs (DCA), reporting directly to the Mayor and leading a full time staff of 35. Ms. Brazell works with the progressive arts agency’s Community Arts, Public Art, Grants Administration, and Marketing and Development Division Directors to oversee a $56 million portfolio of facilities, programming, and initiatives providing arts and cultural services in Los Angeles. Prior to being appointed to this position in the summer of 2014, Ms. Brazell was the Executive Director of Arts for LA. Under her stewardship, Arts for LA became a formidable coalition advancing the arts in the largest county in the country. Her additional professional experience also includes working as the Artistic Director of Highways Performance Space and as the Director of Special Projects for the Screen Actors Guild Foundation.”

Geoff McFetridge’s stylized paintings of figures and hands in patterned formations have their roots in the synergy between his fine arts practice and prolific career as a graphic designer. Working in a simple palette of grays, blues, whites, and pinks, he places his subjects in humorous and everyday scenarios. “Art for me has always equated to invention, and I am drawn to images. So when you are inventing images the world starts to melt and become something to manipulate,” McFetridge has said of his parallel practices. “Design language, which has a relationship with abstraction, is very accessible to me. My paintings are as much rooted in logos as they are in art history.” Beginning with drawings, he composes his paintings from simple geometric shapes and flat two-dimensional planes of color, so that they resemble advertisements, signs, maps, and other designed elements from the urban environment.

Carolina A. Miranda is a Los Angeles Times staff writer covering a wide gamut of culture, including visual art, architecture and film, not to mention performance art cabaret divas. Her work often looks at how art intersects with politics, gender and race — from the ways in which artists are tackling the U.S.-Mexico border to the ways in which art intersects with development and gentrification. She is a regular contributor to KCRW’s “Press Play” and was a winner of the 2017 Rabkin Prize in Visual Arts Journalism.

Alissa Walker connects people with where they live through writing, speaking, and walking. As the urbanism editor at Curbed, she authors the column Word on the Street, highlighting the pioneering transit, clever civic design, and game-changing policy affecting our cities.

Alissa has been named a USC Annenberg/Getty Arts Journalism Fellow for her writing on design and urbanism, Journalist of the Year by Streetsblog Los Angeles, and in 2015 received the Design Advocate award from the LA chapter of the American Institute of Architects. She is also the co-founder of design east of La Brea, a nonprofit that has received two National Endowment for the Arts grants supporting its LA design events.

Alissa lives in Los Angeles, where she is a mom to the city’s two most enthusiastic public transit riders. 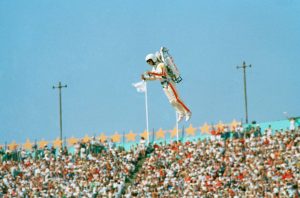 Designing an Inclusive Olympics in 2028:  On May 9th, HANSON LA hosted an AIA|LA roundtable discussion that brought a diverse group of stakeholders together to discuss how we can best establish a regional framework to advocate for achieving greater business and cultural inclusion as we prepare our region for the 2028 Olympics. Douglas Hanson, AIA, ASID led a discussion with Michael Owh – Chief Procurement Officer, City of Los Angeles, Paul Prejza – Executive Vice President, Sussman/ Prejza, Roland Wiley, AIA – Principal, Business Development, RAW International and Stephanie Wiggins – Deputy Chief Executive Officer, METRO.Take-aways included:  1.  Identify and connect with other organizations to collaborate with multi-disciplinary partners.  2. Place emphasis on connecting deeper with social justice groups and community-based organizations. 3.  Utilize technological innovations to improve the procurement and project delivery process, so that it increases the opportunity for smaller firms to serve as prime contractors. 4.  Expand the focus of ‘preparing for the olympics’ to also involve improving the connective tissue of the city so that the improvements last well beyond the Olympics.  5. Establish goals and metrics to achieve  a lower carbon footprint and strive for a Zero-Net Energy Olympics and beyond.  6. In the spirit of inclusion: when we refer to the Olympics, we should also expand the discussion to talk about the Paralympics and adaptive sports.
Background:
As our public agencies begin to prepare for the 2028 Olympics & Paralympics, how can the AIA (and other professional organizations like LABC, LA Chamber, ASLA, AIGA, etc) advance a framework to ensure that certain small business inclusion protocols and procedures are exercised & implemented.  What does success look like? What are the guidelines/ performance measures to ensure that we get there?
Although we will need to do minimal construction because most of the facilities will be created by other public agencies (and/or will have already been built), we all know that we will have much to do to ‘prepare’ our public realm in some advanced degree.  So what’s the plan to include everyone in that opportunity to ‘prepare the scene’ and to ensure a unique visual identity, sense of place and experientially inclusive region by the year 2028?
The AIA|LA invites you to join us as we curate a series of discussions on how to best prepare our region for optimal inclusion by 2028.
+ Google Calendar+ iCal Export