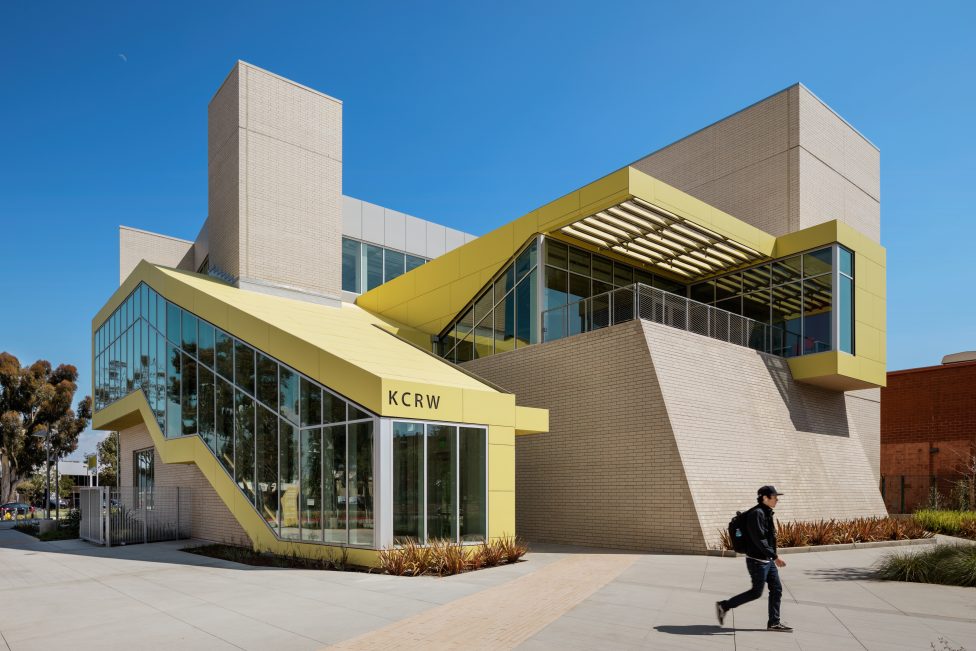 Please join Clive Wilkinson, FAIA, FIIDA, RIBA, Founder and Design Director of Clive Wilkinson Architects, in celebrating the release of his first book, The Theatre of Work. Part investigation and part monograph, the new publication proposes a sociological evolution of the relationship between office users and the workplace. Ideas outlined within build on Wilkinson’s experience working with some of the world’s most creative companies and institutions, including Disney, Google and Microsoft. The award-winning architect gives readers a glimpse into his creative process by sharing seven humanistic principles that contribute to his brand of workplace design, as illustrated through 14 case studies selected from his practice’s most significant work.

Following the book talk and signing, attendees will embark on tours of KCRW Media Center, one of the projects featured in The Theatre of Work. Part of the larger Santa Monica College Center for Media and Design campus also designed by Clive Wilkinson Architects, the 34,000-square-foot Media Center marks the first standalone building that KCRW has owned and operated out of after 35 years on the air. Today, an outdoor stage, indoor viewing gallery and a large Performance Studio, in addition to 26 new studios for news and music, allow the community greater opportunities to engage with Angelenos’ favorite public radio station.

Copies of the book will be available for sale and signing after the talk. We look forward to seeing you there! 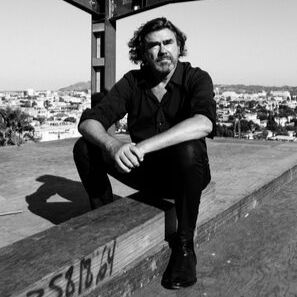 Clive Wilkinson, FAIA, FIIDA, RIBA, is an architect, designer, writer and strategist with over thirty years of experience working at the intersection of urban design, architecture and interior design. He is a Fellow of the American Institute of Architects (AIA), a Fellow of the International Interior Design Association (IIDA), a member of the Royal Institute of British Architects (RIBA), and a former Board Director of the AIA | Los Angeles. In 2005, Clive was inducted into the Interior Design magazine ‘Hall of Fame’. He was named a ‘Master of Design’ by Fast Company magazine in 2006, a ‘Pioneer of Design’ by the IIDA in 2011, and a ‘Design Legend’ by Contract magazine in 2019. In 2010, Clive was formally inducted into the GSA National Peer Registry as an advisor to the U.S. Government on architecture and design. He has also served as a keynote speaker at global media, advertising and design conferences.

Clive is the Founder and Design Director of Clive Wilkinson Architects, a bespoke architecture and interior design firm based in Culver City, California. Established in 1991, the practice is an acknowledged global leader in workplace design whose large-scale projects for clients including Disney, Google, Macquarie Group, and Microsoft have established new paradigms for building creative and educational communities. In 2012, Clive Wilkinson Architects was awarded the prestigious National Design Award for Excellence in Interior Design by the Cooper Hewitt, Smithsonian Design Museum. 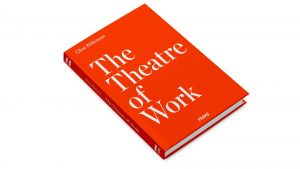 THE THEATRE OF WORK – Written by Clive Wilkinson, Published by Frame Publishers

Clive Wilkinson’s first-ever book, The Theatre of Work, is part theoretical investigation and part monograph, and proposes a sociological evolution of the relationship between office users and the workplace. Ideas illustrated within build on his experience working with some of the world’s most creative companies over the course of three decades, and the lessons of building creative communities within a new environmental framework that leverages lessons from historic city planning and urban design. Extending the author’s historical research explorations, the book features 14 of his firm’s most significant projects as case studies.  The European book release is June 2019. The U.S. release is November 2019. 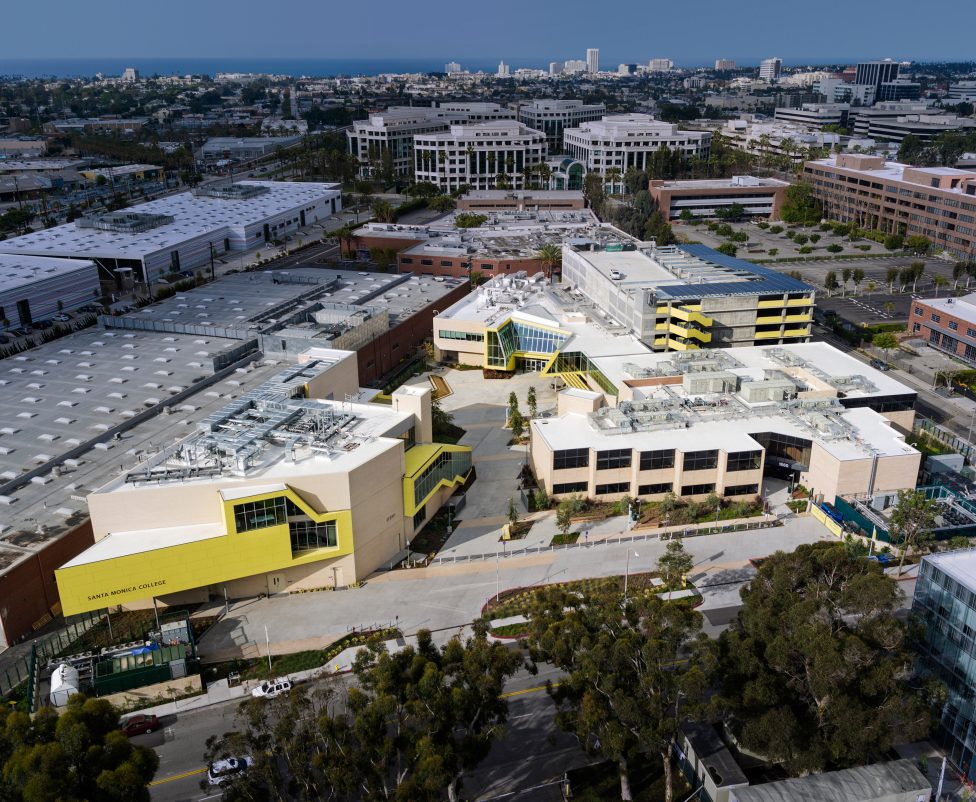 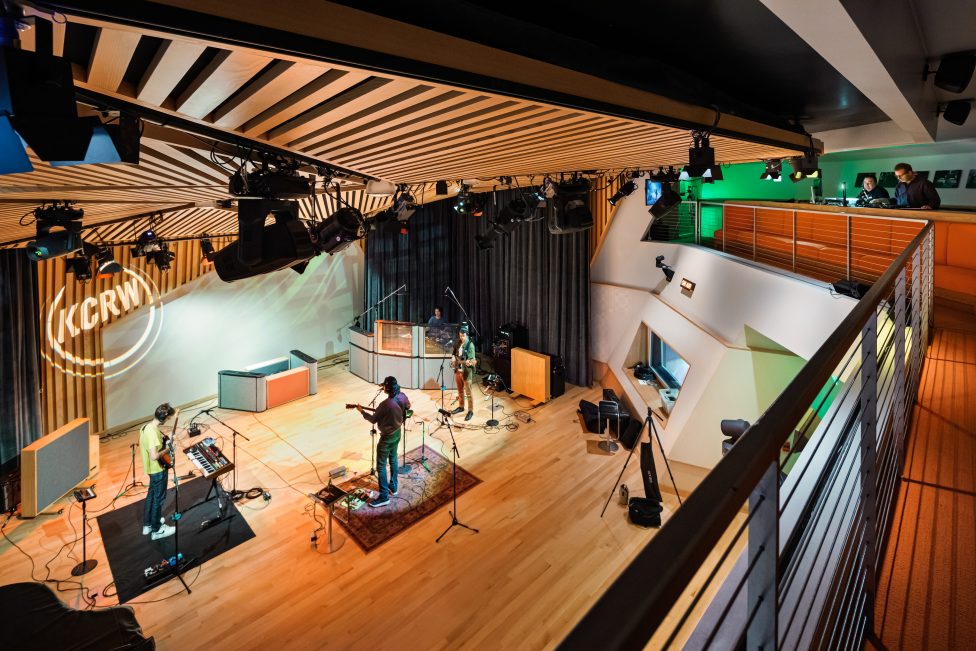 Parking is free and open on Saturdays! The address for the structure is 2762 Pennsylvania Ave, Santa Monica, CA 90404 (the red star marks KCRW Media Center, the meeting point). 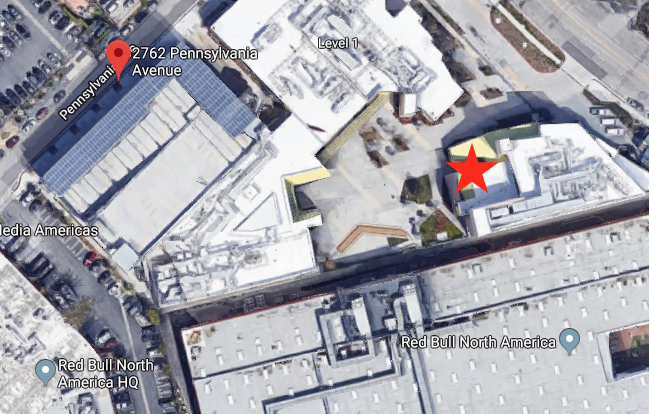