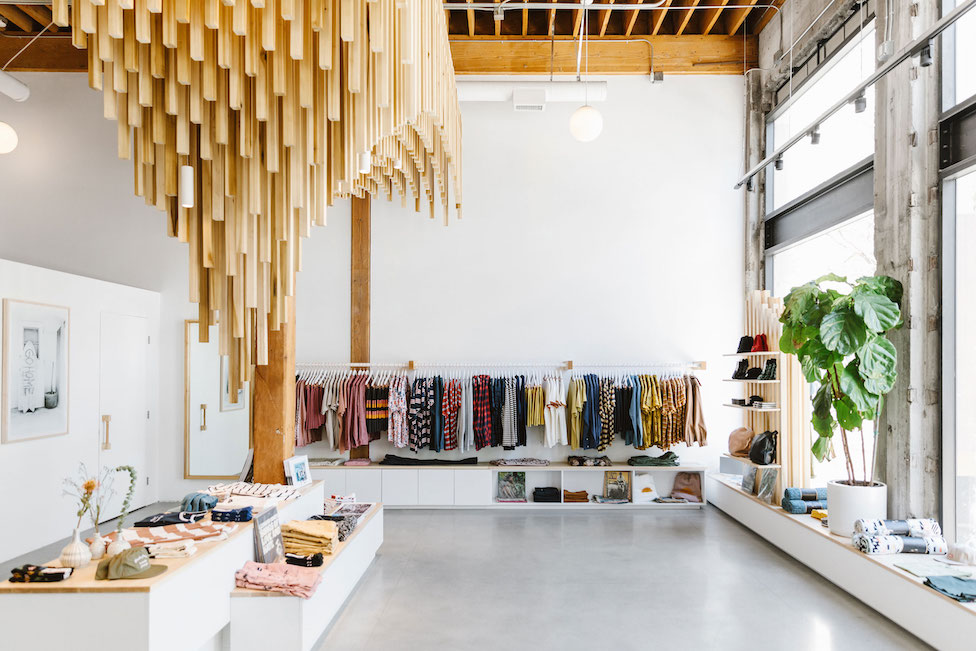 The Interior Architecture of Retail: Banks Journal at ROW DTLA by West of West

Please join the AIA|LA Interior Architecture Committee for an engaging event with the architects of West of West as they show us their Banks Journal store located at the Row in DTLA.

Brought on by Banks Journal to create a memorable environment, West of West designed a clean and minimal space for the brand’s first retail showroom located in ROW DTLA in the Arts District of Downtown Los Angeles. The store was initially inspired by common elements that connect with the brand’s Pacific heritage spanning from Australia to Japan to Los Angeles.

West of West sought to create volume within the tall 1,000-square-foot retail space, situated in the shell of a historic industrial building. Divided into a shopping area, changing rooms, and benches, the catalyst for the interior shape is a lattice ceiling installation made of 1000 linear feet of wood, a nod to Japanese woodworking traditions that influenced mid-century Californian design. Along with incorporated lighting, the vaulted ceiling carves distinct but ephemeral spaces within spaces for a nuanced shopping experience. The ash and poplar woods that form the lattice are also used in shelving, seating, and display areas.

“We were fascinated by the challenge of creating two spaces in one while still preserving a strong sense of openness,” say Jai Kumaran and Clayton Taylor of West of West. “The solution we came up with, a triple-vaulted wood lattice ceiling, allows one to move under, though, and out of the implied volumes it creates. You get multiple experiences within a small space without using any walls.

West of West’s attention to materials and craft, and commitment to an understated but unique experience aligns with Banks Journal’s mission to provide considered, sustainable design. The store’s unique aesthetic also points to Banks’ multi-pronged global roots and inspiration, including the thoughtful minimalism of Japanese craft, the laid-back styling of Byron Bay surf culture, and the ever-evolving urban energy of Los Angeles.