We are delighted to announce that the AIA LA City Leaders Breakfast Series will resume as a virtual “bring-your-own-coffee & breakfast” event.  For 2021, we’re aiming for 25+ receptions to showcase the numerous membership-based organizations that provide professional leadership in the A/E/C industry.

Our fourth in this series will feature leadership from the Associated General Contractors of California (AGC).

We are organizing these receptions as opportunities for the architecture & design community to hear from the leadership of numerous A/E/C organizations and the specific initiatives each organization is helping to advance.

Additional Prospective topics and themes will include:

+ Preparing the LA-region for 2028 and Beyond (Olympics & Paralympics, etc.)

+ Workforce development and S.T.E.A.M pipeline; Access to Careers in A/E/C

+ Opportunities to advance Justice, Equity, Diversity, and Inclusion in the A/E/C industry 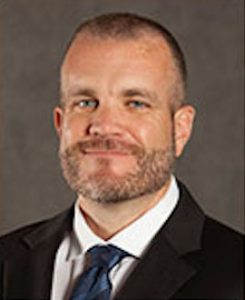 Ryan Aukerman joined the Griffith Company Team in 2004 as a project engineer. He quickly moved his way up the ranks into the role of Estimator/ Project Manager while completing his degree in Technology and Operations Management at California State Polytechnic University, Pomona.

In 2015, Ryan was promoted to his current position as Executive Vice President. In this role he has oversight of operations throughout the company including estimating, project management and field operations.

During his career, Ryan has worked with a multitude of public and private owners, and has participated in alternative project delivery methods such as Design-Build, CMGC and CMAR. He takes great pride in representing Griffith Company and works to show owners and industry partners the Griffith Way. He has been serving as a State Director for the AGC of California and a Los Angeles District Board since 2010. With an understanding that there needs to be a solid investment in the future workforce within the industry, Ryan works to support the education foundation and interacts with multiple AGC Student Chapters in addition to his participation in Griffith’s own Internship program. 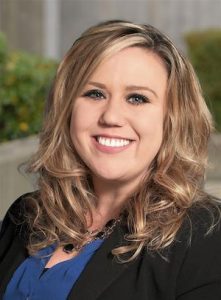 Erin Volk is the Vice President of Workforce & Community Development for the Associated General Contractors of California (AGC), which represents more than 1,000 construction companies and construction related firms throughout California. Erin joined AGC in 2010 as the Executive Director of the Construction Education Foundation and in 2015, she was promoted to Vice President for the Association providing leadership and strategic direction to statewide workforce development and various programs and services that comprise the operations arm of the organization. She currently holds seats on AGC of America Construction Careers Taskforce and the National Governing Board of Directors for Women in Construction Operations (WiOPS). Prior to AGC, Erin worked in the areas of social justice, diversity and higher education, managing federal grant programs specific to the prevention and intervention of violence against women in the higher education and disability communities. Erin engaged directly with university administration, faculty, staff and students at more than 300 colleges and universities nationwide. Erin has provided project management and oversight on a multitude of projects and has traveled extensively throughout California and the nation to facilitate meetings and trainings at universities, non-profits and private sector agencies. Erin also has a B.A. in political science with a minor in Women’s Studies from CSU, Chico.