Continuing the success of our last three sold-out Speed Talks events, the WiA, AWA+D, SoCalNOMA and new partner AAa/e are joining together to present Speed Talks: Influence, as in an influence.

In a rapid-fire format, twenty-three women accomplished at various levels of their careers will present on an event, moment in time, project or person that has influenced them… and how they choose to influence others. Be there to engage with colleagues, meet new allies, and be influenced. 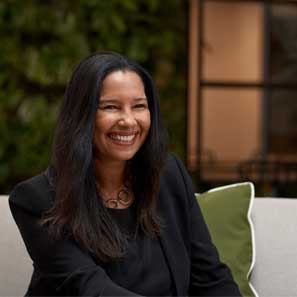 *Barbara Bouza, FAIA, NOMA, IIDA, LEED AP
Managing Director, Principal
Gensler
Barbara is Co-Managing Director, Principal of Gensler Los Angeles and has been a global influencer for human wellbeing through design excellence. Gensler is widely recognized as the world’s leading design firm, with nearly 6,000 professionals networked across 48 offices in the Americas, Asia, Europe, Latin America and the Middle East. Through her collaborative leadership style, Barbara brings strategic design management to highly innovative clients such as Netflix, JPL/NASA, Amgen and the City of Hope.

As a Fellow of the American Institute of Architects and member of the AIA California Board of Directors, Barbara is the 2019 AIA Los Angeles Chapter President. Barbara was recognized by the Los Angeles Business Journal as the Executive of the Year: Women Making a Difference, and Real Estate Forum magazine as a Woman of Influence: California. Active in the community, Barbara is on the Board of Directors of Imagine LA, a leading not-for-profit dedicated to mobilizing the community to end the cycle of homelessness and poverty. She was an honoree for Girls Inc and is active with Dress for Success, National Organization of Minority Architects and Women Presidents’ Organization. Sought after for her expertise on health and wellbeing in the built environment, Barbara was featured on the internationally televised National Geographic Channel documentary, “Origins: The Journey of Humankind – Building the Future.” She was also highlighted in California Sunday Magazine for the December 2018 issue on “Home.”

Barbara holds a Bachelor of Architecture degree from California State Polytechnic University, Pomona and studied in the Graduate Diploma Program at the Architectural Association in London. Barbara’s work has been published nationally and internationally.