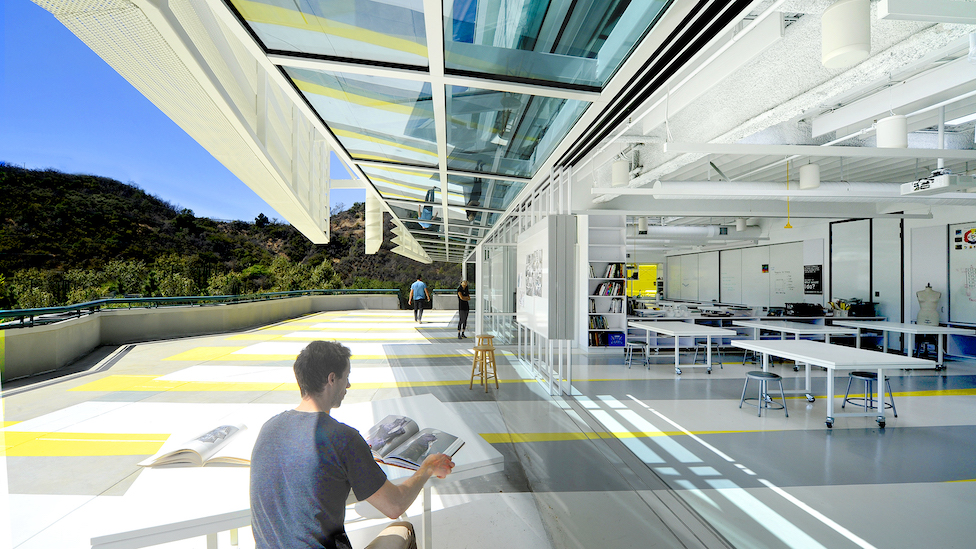 The mission of Milken Community Schools is to send its students on a journey of thinking and making. The new STEAM and Design Institutes re-haul a maze of dank classrooms into a bright, cohesive, hyper-functional launching pad for hands-on creativity. The project leverages the strong bones and stepped landscape assembled by the founding visionaries a generation ago into an iconic, and beautiful campus-on-the-mount, made of extraordinary new places that will inspire students, faculty and community for generations to come.

Operating on the principle that there are no throwaway spaces, the architecture has imbued every surface and volume with multiple uses. The flexible open floor-plan connects studio space and exterior providing collaboration areas suited to the inspiring California climate. The flexibility of space allows for endless configurations and the ability for new equipment to replace old as technology improves and adjusts to the times.

Guerin Family Institute for Advanced Sciences: The path of the Milken student is a continuous journey that focuses on exploration, experience, and the pursuit of expertise. Resulting Institute comprises the cutting-edge equipment, with natural light pouring through diffused glass skylights, expansive views to Sepulveda Canyon and overhead glass doors, this facility will nurture not only the minds of students but the spirit as well.

Architecture + Design Institute: Unique to Milken and engages students in real-world knowledge that transfers to a wide range of disciplines. Studios leverage the outdoors and are bathed in natural light, crucial for creative work taking place in these spaces. 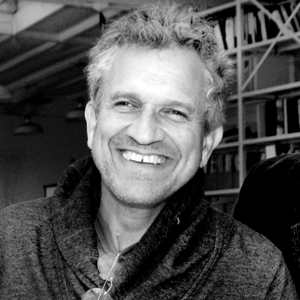 Michael B. Lehrer, FAIA – Founding Partner, Lehrer Architects LA
ARCHITECTURE IS THE SHAPING OF SPACE
WITH OBJECTS IN LIGHT,
TO CREATE PRACTICAL AND EMOTIVE PLACES.

Michael B. Lehrer, FAIA founded Lehrer Architects LA, in Los Angeles in 1985. The work, from the intimate to the monumental, is grounded in the idea that beauty is a rudiment of human dignity. He designs for community with a reverence for light and space. The work is to elevate the everyday and celebrate community. The firm’s work consists of institutional, commercial, industrial, residential and urban design projects. Lehrer Architects has won over 125 major design and sustainability awards, including over 50 design awards from the national, state, and local chapters of The American Institute of Architects.

Michael is Chairman Emeritus of the Alumni Council of the Harvard Graduate School of Design (GSD). He has served as the GSD-appointed Director on the Harvard Alumni Association Board and is Past President of Homeless Health Care Los Angeles. He was Vice Chairman of School Construction Bond Oversight Committee for over 5 years, overseeing (a now) $27 Billion repair and construction program for the LA Unified School District. He served on the Hollywood Planning and Design Review Board for over 25 years.

He is a Past President of the American Institute of Architects, Los Angeles and founded its annual, ongoing Legislative Day which has fundamentally changed the nature of the profession in LA and is in its 20th year. He initiated the AIA|LA push to make GREAT STREETS a central initiative in our city. He regularly sits on academic and professional AIA design juries around the country, including the AIA Institute Honor Awards Jury for Architecture.

Licensed in California in 1981, Michael was educated at Berkeley and Harvard after attending LAUSD public schools. He is married to Mia Lehrer, FASLA, of Studio-MLA. They have three children: Benjamin, a colleague at Lehrer Architects (and Laura), Rebecca (and Neil), and Raphael, and 3 grandchildren. 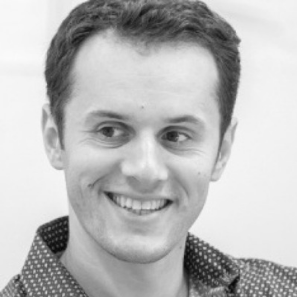 In 2000, he earned his Bachelor of Science in Architecture from University of Utah. As part of his graduate work, Nerin studied parametric design and architecture at ESARQ in Barcelona, where his work on mass customization in architectural design was published and exhibited. This study set the course for his graduate thesis which earned him a Master’s degree in 2003 from Southern California Institute of Architecture. Nerin served on the board of SCI-Arc, and has led the Alumni Council for a number of years with lasting impact.

As Partner, Nerin takes advantage of a studio that fosters a culture of creativity where life drawing, painting and product design in addition to architecture become integral part of the practice. As such, he designed an internationally exhibited, award winning line of children’s furniture. As lead designer on projects he collected numerous awards among which was the Best in Competition award for STEAM+DESIGN INSTITUTE from IIDA.

Nerin is currently serving on Steering Committee for AIA 2020 National Convention. He lives with his wife and two children in Eagle Rock neighborhood of Los Angeles, California. 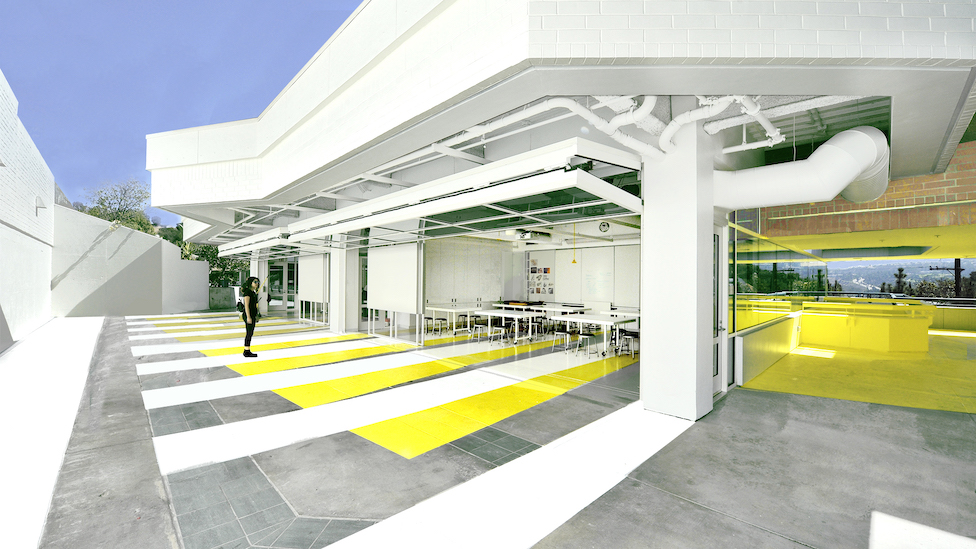