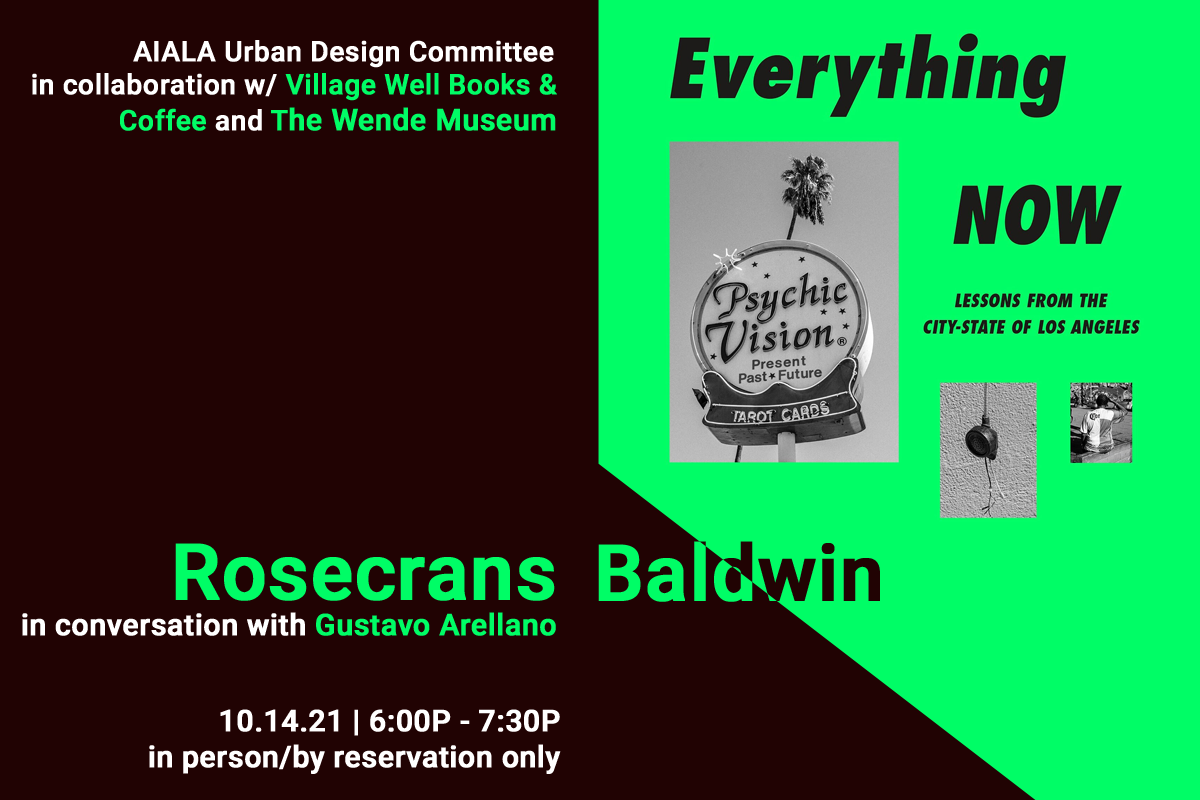 A Unique Perspective on the Past, Present and Future of LA: A Conversation with Author Rosecrans Baldwin, moderated by Gustavo Arellano

This event is SOLD OUT! We will not be allowing Walk-ups.  Thanks!

This is an in-person event. Attendees will be required to show proof of vaccination along with proof of identification. Please read and check the agreement and safety boxes in the registration. Additional information regarding the event and check-in process will be emailed directed to registrants 24 hours before the event.

The AIA LA Urban Design Committee invites you to join us as author Rosecrans Baldwin discusses his new book Everything NOW. Baldwin will share his opinions on the origins and growth of what he calls the “City-State” of Los Angeles and the impact its urban planning has had on its residents in a discussion with the renowned LA Times columnist and podcast host Gustavo Arellano.

For Everything NOW, Baldwin interviewed Los Angeles residents from all corners of the city. The resulting stories may not always be pretty, but they are essential to understanding the impact of our decisions as we strive to craft a better future for all Angelenos.

The conversation is an opportunity to connect with two seminal Los Angeles writers, with an audience Q&A immediately following the discussion.

The event will be held in the garden of the Wende Museum of the Cold War. Outdoor seating is limited. RSVP and reserve your spot today. Prefer ZOOM? See the talk virtually by clicking this link. Q&A preference will be given to in-person attendees.
This event is co-sponsored by Village Well Books and Coffee in Culver City and The Wende Museum. 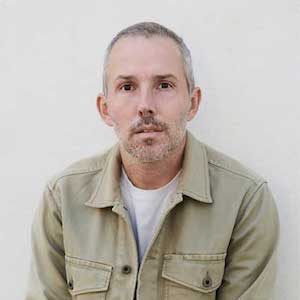 Rosecrans Baldwin
Rosecrans Baldwin is the bestselling author of Everything Now: Lessons From the City-State of Los Angeles. His other books include The Last Kid Left, You Lost Me There, and Paris, I Love You but You’re Bringing Me Down.

As a feature writer, Rosecrans is a regular contributor to GQ and Travel + Leisure, and several of his articles have been selected for the Best American Essays and Best American Travel Writing collections.

Rosecrans also works as half of a screenwriting team with Rachel Knowles. They wrote the documentary Stone Locals, directed by Cheyne Lempe and Mikey Schaefer, and have developed feature and TV projects with Groundswell Productions, A+E Studios, Atlas Entertainment, Film 44, Gran Via, and CBS Studios, among others. They’ve also written podcasts for Luminary, Western Sound, and m ss ng p eces. From 2012-2014, Rosecrans was an on-air commentator for National Public Radio’s All Things Considered.

A MacDowell fellow, Rosecrans has taught fiction writing at the University of North Carolina at Chapel Hill, nonfiction writing at Duke University’s Center for Documentary Studies, and he was an author-in-residence at Miami Dade College’s Miami Writers Institute. In 1999, he co-founded the online zine The Morning News with publisher Andrew Womack and continues to help oversee its annual literary event, the Tournament of Books. 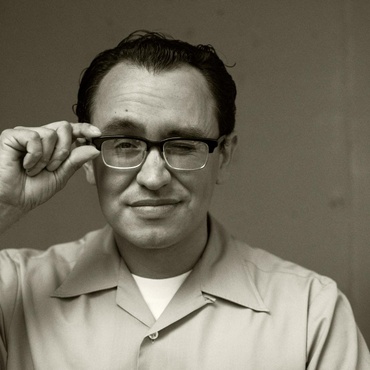 Gustavo Arellano
Gustavo Arellano is a columnist for the Los Angeles Times, covering Southern California everything and a bunch of the West and beyond, in the paper, on the web, and as host of the Times’ podcast The Daily. He previously worked at OC Weekly, where he was an investigative reporter for 15 years and editor for six, wrote a column called ¡Ask a Mexican! and is the author of “Taco USA: How Mexican Food Conquered America.” He’s the child of two Mexican immigrants, one of whom came to this country in the trunk of a Chevy. 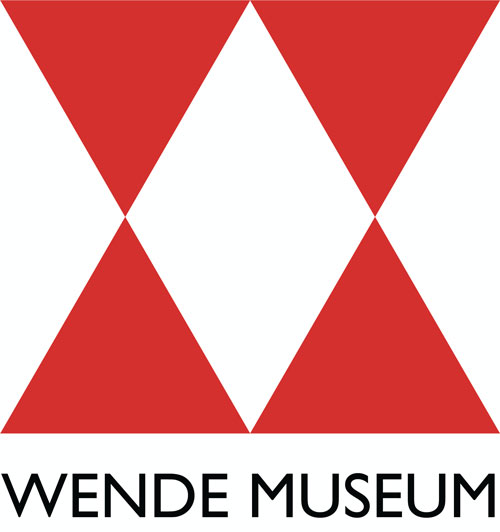