Christopher Hawthorne , Chief Design Officer for the city of Los Angeles, will discuss the future of low-rise, infill residential architecture in Los Angeles — from the point of view of policy and community engagement as well as design — and a related competition the Mayor’s Office will be launching this fall.

Important Event Note: if you register for this event and do not receive an email with registration info by 09.24.20 at 12N
1. Check your inbox or junk folder for an email from tibby@aialosangeles.org | subject line: Conformation Christopher Hawthorne
2. If it’s not there email: tibby@aialosangeles.org asking for event confirmation  | put Christopher Hawthorne event in your subject line
Thank you! 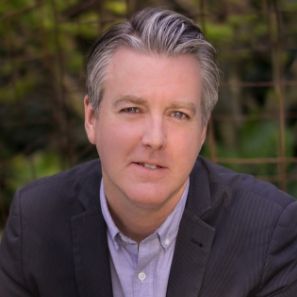 Christopher Hawthorne is the Chief Design Officer for the city of Los Angeles, a position appointed by Mayor Eric Garcetti. Prior to joining City Hall, Hawthorne was architecture critic for the Los Angeles Times from 2004 to early 2018. With Alanna Stang, he is the author of “The Green House: New Directions in Sustainable Architecture” (Princeton Architectural Press). His writing has also appeared in the New York Times, the New Yorker, Slate, Architectural Record, Architecture, Harvard Design Magazine, Domus, Metropolis, New York, and many other publications. He is Professor of the Practice at Occidental College, where since 2015 he has directed the Third Los Angeles Project, a series of public conversations about architecture, urban planning, mobility, and demographic change in Southern California. Hawthorne has also taught at U.C. Berkeley’s Graduate School of Journalism, Columbia University and the Southern California Institute of Architecture. A frequent collaborator with KCET-TV, the PBS affiliate in Los Angeles, Hawthorne wrote and directed the hour-long documentary “That Far Corner: Frank Lloyd Wright in Los Angeles,” which had its broadcast debut in 2018, and received an L.A.-area Emmy Award for the 2016 KCET program “Third L.A. with Architecture Critic Christopher Hawthorne.” His other professional honors include a mid-career fellowship from the National Arts Journalism Program at Columbia University, the Bradford Williams Medal from the American Society of Landscape Architects and a Residency in Criticism at the American Academy in Rome. Hawthorne grew up in Berkeley and holds a bachelor’s degree from Yale College, where he studied political science and architectural history. He is married to Rachel Fine, executive director and CEO of the Wallis Annenberg Center for the Performing Arts in Beverly Hills; they have two daughters.