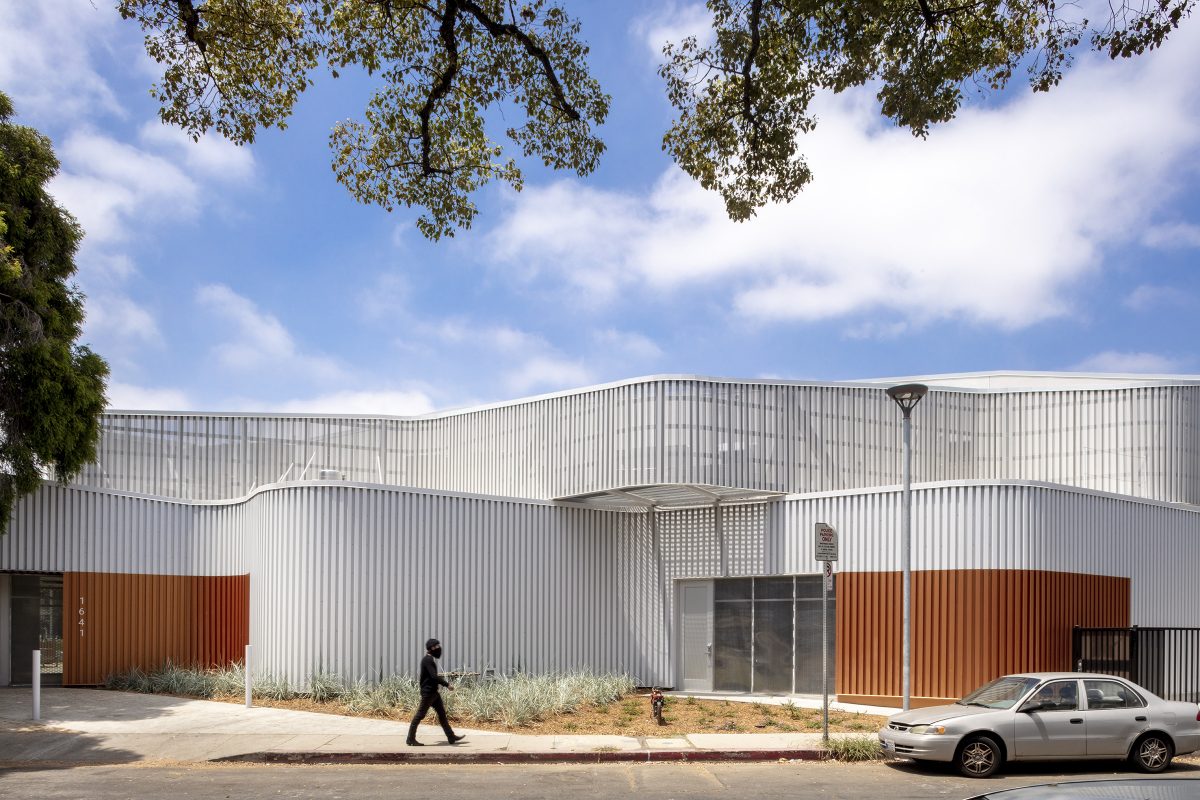 This new neighborhood gymnasium and community center serves the South Robertson neighborhood of Los Angeles, replacing a beloved but deteriorated recreation facility. Built on the site of the original “Rob Rec” and funded by the City of LA, the project transforms the undersized recreation center into a new state-of-the-art gymnasium and community anchor.

The original rec center, a large manor hall with a vast fireplace, first served as a community gathering space. In the 1960’s the city removed the fireplace and installed a substandard basketball court; although the court was not regulation-sized, the recreation center has an established basketball legacy, counting professional players Nick Young and Cedric Ceballos among its alumni.

The neighborhood surrounding the recreation center is a microcosm of Los Angeles, centered amongst diverse social groups and housing types. This heterogenous quality to the area’s urban fabric led to a lengthy public process; it took two years to build a consensus for the project’s final direction.

The site, an attenuated triangle bounded by busy traffic on Robertson Boulevard, presented limited opportunities for the large rectangular volume of a basketball court, and the surrounding perimeter of mature Melaleuca trees further limited planning options. To engage with the rhythm of the existing landscape, the building’s exterior walls weave at the dripline of the trees to form a ribbon, thereby stabilizing the structure in a manner similar to the famous serpentine walls at the University of Virginia. The project is organized around a regulation basketball court with supplementary meeting spaces filling the edges of the irregular site. 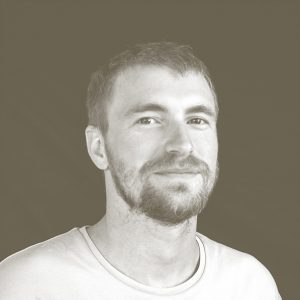 Julian is part of a kdA design team that established concept design for projects across Menlo Park, Southern California, and New York City. He led the design of over 250,000 SF of workplace, culinary, and event spaces over a multi-phase project in Los Angeles.

Julian Funk received his Bachelor of Science in Architecture from The Ohio State University and his Master of Architecture from Harvard University. At Harvard he taught a six week design studio for undergraduate students and worked as a teaching assistant for a recurring seminar on housing typologies, specifically in Latin America. Julian joined kdA five years ago after working at Machado Silvetti in Boston where he developed campus plans for projects in Vietnam and Cairo.

1. Identify the programming challenges of designing a public recreation center including regulation-sized sports facilities on a tightly constrained urban site
2. Describe the rightsizing strategies that can be used to mitigate these challenges while meeting code and budget requirements.
3. Compare and analyze energy efficiency strategies appropriate to Southern California that can reduce the need for artificial cooling and lighting, and to minimize water usage.
4. Discuss the roles and impact of the community members on the design process and implementation.