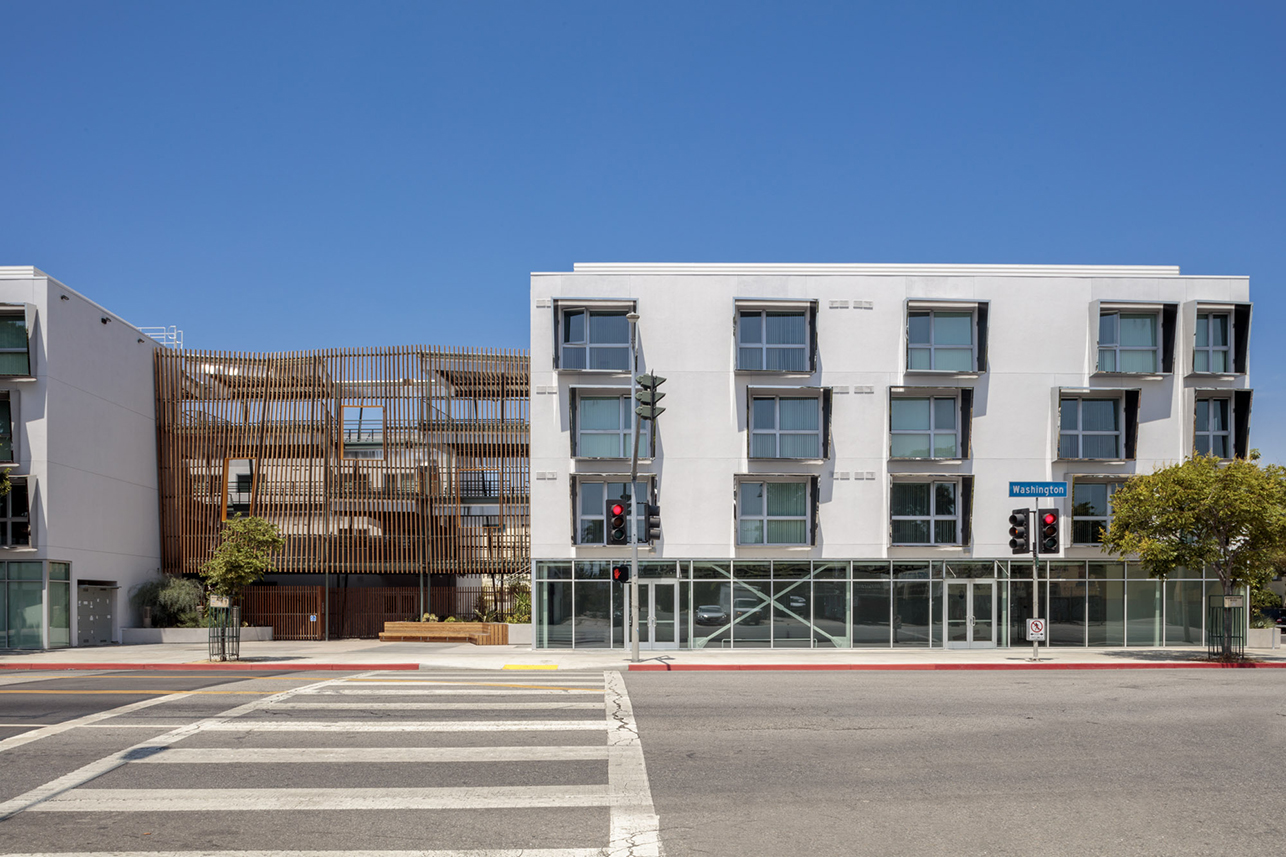 View the list of all Arch Tour Fest LA tours

One of the first developments to utilize city-sponsored Supportive Housing (Prop HHH) funds, this project provides much-needed housing options to low-income and homeless seniors in one of America’s most expensive housing markets.

Constructed on a block-length lot formerly owned by the City of LA and used as a towing yard, the 70,000SF mixed-use, high-density project includes 64 new apartments for senior (55+) residents making less than 50% of the area’s median income levels (with half designated for those who were formerly homeless), a commercial café, community spaces, and public plaza on the entry level.

Extensive public outreach informed the development process. The project is designed as six discrete buildings, reflecting the scale of the surrounding single-family residences. Constructed in a narrow lot bordered by busy Washington Boulevard on the west and craftsman homes to the east, the complex will appear as a linear array of six separate structures connected by an exterior walkway system finished with an organic, loose trellis intentionally contrasted with the rationalized blocks with projecting window hoods to protect from southern exposure. 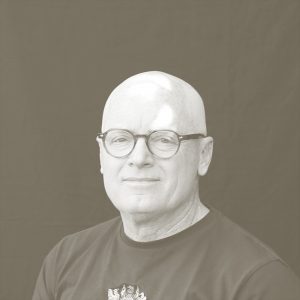 Kevin Daly is the founder of Kevin Daly Architects. For over twenty years he has pursued an architecture that delves into the paradoxes of the urban condition and the consequences of intervention. Projects by Kevin Daly express his belief in an architecture that is performative on every level: environmentally, structurally, economically, and aesthetically. Bolstered by abundant research, he has demonstrated the benefits of advanced, unconventional building technology in works that are consistently recognized in publications and awards, and range from public schools, custom residences, and university buildings to affordable housing. He is on the design faculty at UCLA and has served on juries or lectured at institutions internationally, including Stanford University, Cornell University, Rice University, SCI arc, the Architectural League of New York, the University of Texas at Austin, and RISD.